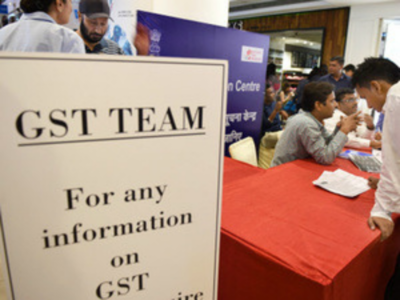 The government’s fiscal deficithas just ballooned. As of December 30, the fiscal deficit stood at 112 per cent of the annual budget target. The drop according to experts came primarily on the back of a fall in government revenues, one of the key drivers of which was falling GST revenue.
More than an evaluation of GST alone, the present rise in fiscal deficit, may well prompt a debate about the overall tax collection in India – direct as well as indirect – the Direct being collected through the TDS regime. A 10 per cent TDS rate often reflects, about two thirds to half of the profit margin of several enterprises. The government refunded approximately Rs 1.22 lakh crore as tax refund in the financial year 2015-2016. In terms of the current year, that sum is almost 20 per cent of the budgeted fiscal deficit which is 5.46 lakh crore, or 3.2 per cent of the GDP. Crudely put, the excess direct tax collection contributes roughly to a 20 per cent cushion on managing the Fiscal deficit. Given the fact that the GST experiment is yet to reach its final denouement, a mathematical deduction might just help throw some light on the complex relationship between GST, Direct Tax Revenue and thus also fiscal deficit.

Let us take a case of an enterprise which sold goods or services worth Rs 100. It spends Rs 20 on its manpower. In the pre GST scenario, it spent another Rs 40 on external procurement/services/local taxes, which did not earn it an offset, while it spent another Rs 20 on services that it did claim some offset on. To be able to benchmark to today’s scenario , we assume that they were earlier in the highest service tax bracket of 15 per cent , most of which have migrated to the 18 per cent bracket today. The corporate income tax is assumed to be at 30 per cent. It is a simplified example with many assumptions, but can be used to deduce some axioms that will have a long term bearing on the government’s finances. Below is what the governments Direct and Indirect tax collections look like.

Firstly, the very implementation of GST, would lead to a scenario where in the overall indirect taxes burden would fall, and the Direct taxes that enterprises are liable to pay, would be more closer to the ten percent TDS deducted at source. The natural corollary to this is that the excess income tax collected reduces, and thus the refunds that go out after the end of the financial year reduce. This was the rough 20 per cent excess, which we pointed out in the data above. Very crudely this would be the number that an organization gains from indirect taxes providing offsets. Again very roughly projecting that 20 per cent to two thirds of a year you obtain about 14 per cent, which means within 86 per cent of a year. This would logically mean that we should have breached the fiscal deficit target by January end. Clearly the GST regime, while not being the only contributor to the lessening of the fiscal deficit cushion, is one of the major contributors to it.

Secondly, by allowing offsets, the government has inadvertently made itself a participant in the entire supply chain of an enterprise. This means that to have an entire recovery of the tax, the tax collection network has to go to the last mile upwards, to the highest echelons in the supply chain, which could either be a small 8ft by 10 ft shop, or a very small trading firm, or even a farmer, who is exempt from paying taxes. In a way the Government is now a partner in not just the supply chain as well as the entire economic cycle, in a much more direct way than it was before. I believe this is what the government has not bargained for.

Let us take the case of the 5 per cent tax on restaurants, with no input tax credit. For any sector which lacks input credits, there is no incentive to receive GST invoices from upstream suppliers, and such a gap could spawn a whole set of domestic money laundering companies, who could solely cater to such down stream players and or dabble in

agricultural commodities that may not involve direct taxes such as Income tax, which is where offset indirect taxes would be ultimately accounted for. A lot of the last mile organizations could thus be those simply used to launder off profits, and could be restructured in a way that they pay the least taxes, agricultural and other income tax exemptions, while on paper being law abiding enterprises.

The fact that post demonetisation, within a span of 60 days, 99.7 per cent of the banned notes made their way back into the banking system is a tribute to the ingenuity of the Indian tax payer, and that he is never short of financial jugaad for a better survival. Here is a tax payer, who has survived the high income tax rates of India’s socialist era. Surviving GST is therefore just one more extension of his adaptability, much to the disadvantage of the governments aspirations. And I believe the numbers, be it the GST collections or the fiscal deficit are just beginning to prove it.