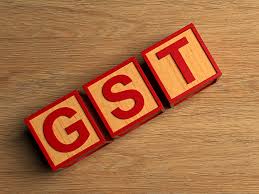 CHANDIGARH: Not through yet with the cases of VAT (value-added tax) on discounted MRP (maximum retail price), the district consumer forum is now flooded with matters of the GST (goods and services tax) imposed on this price.
In the first verdict of the latest year, the forum has affirmeditsstand that beitVAT or the GST, no tax can be charged on the MRP after discount. About five months ago, Chandigarh Protection Councilhad decided to declare the GST on discounted price illegal but an official order is yet to come. TOI has continued to raise this issue of VAT on the MRP that has cause hundreds of cases to pile up in the consumer courts. Now after what is claimed to be a “good and simple tax”, things are no different.

After CPC member and lawyer Ajay Jagga raised the issue again, the council brought it on its agenda that was passed on October 4 but the public order never came.

During the last ‘sale season’, the dealers of many apparel and footwear brands had charged the consumers extra tax. In a recent case, the consumer forum has directed Woodland, Aero Club of Elante Mall to refund Rs 675 (the GST charged wrongly) to a consumer and pay her Rs 2,000 as compensation for mental agony and harassment, besides Rs 1,000 as the cost of litigation.

‘Sale’ advertisements of August 2017 had drawn complainant Shiti Dutt of Sector21, Chandigarh, to the upscale showroom on August 31, 2017, where she bought a pair of sandals worth Rs 7,495. The showroom had a flat 50% discount offer on the product but the bill included a GST of Rs 675 charged illegally on the discounted price of Rs 3,747. After hearing both sides, the forum held that: “The simple question for determination in the present case is whether or not the MRP includes all taxes, including the GST, and whether, after discount, the GST can be charged or not?

Referring to similar cases, the forum held that: “No one can charge more than the MRP, since that includes all taxes, including VAT. The charging of the GST on the discounted price amounts to deficiency in service and an unfair trade practice.”