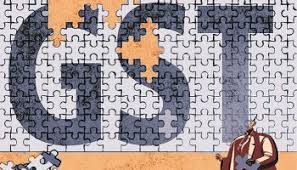 GST evasion by dealers by suppressing turnover has caused a revenue slump under the composition scheme in the last two months, Bihar deputy chief minister and GST network panel head Sushil Kumar Modi said in Bengaluru on Wednesday. “We are surprised to find out that the total revenue collected was just Rs 310 crore in the last two months, despite 7.5 lakh composition dealers having filed returns,” he told reporters after a Group of Ministers (GoM) meeting here.

This slump only means there is suppression of turnover by composition dealers who are evading taxes. The amount was not large enough, but it was not in good taste, Modi said. GST Network (GSTN) was analysing possible interventions to check this malady and it would be discussed at the GST Council meeting in New Delhi tomorrow, he said.

Under the composition scheme, tax payers with a turnover of upto Rs 1.5 crore have the option of paying a minimal rate of tax and filing a simplified tax return, he said. The average revenue shortfall of all states for August was 28.3 per cent and it slumped to 17.5 per per cent in October. Again it rose to 20.9 per cent and minutely dipped to 20.7 per cent in November and December, he said. If the average monthly compensation cess collection from August to December went below Rs 7,615 crore, the Centre would have to shell out money from its kitty, he said.

Modi, however, said GoM was confident of plugging the loopholes and disruptions in terms of revenue slump. Going by past experience, the GSTN platform has been able to reduce the glitches because the technology was designed in such a manner that it would be difficult to evade taxes, he said. The number of returns filed till date was 5.25 crore and 154 crore invoices had been processed by GSTN.

As of today, the due registration and migrated tax payers have reached a figure of one crore, he said. The GSTN-related glitches were coming down and the system was able to handle complaints pouring in. He said as much as 93 per cent of 47 assigned functionalities of GSTN have been operationalised and the remaining would be operationalised in the coming days.