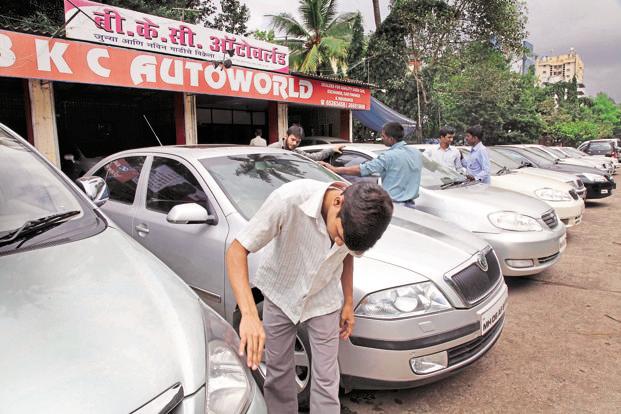 New Delhi: The decision to reduce tax and remove cess on the sale of used vehicles is expected to boost the pre-owned car market, industry executives said.

The GST Council on 18 January decided to reduce the goods and services tax (GST) on used cars to 12% and 18% (depending on the size of the vehicle) from the existing 28%, and scrap the cess (varying from 1-15%). The new rates will be applicable from 25 January.

Under GST, tax and cess on new and old vehicles were the same—28% GST plus 1-3% cess on small or compact cars, and 28% GST and 15% cess on medium and bigger cars or sports utility vehicles (SUVs). These were levied on the profit margin of the used car dealers, putting sales volumes under pressure and made their business unviable.

The segment had already been under pressure since demonetization in November 2016. Only 15% of the used car market operates from organized dealerships, according to a study conducted by Mahindra and Mahindra Ltd.

According to Nagendra Palle, managing director and CEO at used car seller Mahindra First Choice Wheels, due to the high GST on larger vehicles, the sales of those vehicles fell by 25%.

“A very positive move, relative to what it was before the change. Prior to this change, the effective GST rate was in the range of 29% to 53% on the gross margin including mandatory cess. At these tax rates, the organized used car business was challenged and would have been negative for the entire industry. The reduction in the base GST rate and removal of cess is a very welcome change and should provide impetus to growing the industry and especially to the organized sector,” explained Palle.

According to the ‘India Pre-owned Car Market Report 2017’ published by Mahindra and Mahindra in September 2017, almost 70% of the all vehicles sold in the used car market are small cars priced under Rs4 lakh. The reduction of tax is expected to help the sector.

According to a research done by CarDekho, one of the leading digital platforms for buying and selling second-hand vehicles, the used cars business should grow from $18 billion to $60 billion in the next five years.

“Removal of cess, according to us, is a great initiative since it has decreased the tax rate incidence from pre-GST era. This will definitely outpace the new car industry growth rate and carve the perfect opportunity for used cars to grow as a segment,” said Rajat Sahni, CEO, used cars, CarDekho.

“I am glad that the government acknowledged that the tax structure around the used vehicle category has to be different from new vehicle category and removal of cess is a welcome change. Secondly, whether you own the inventory of used vehicles or not, as a seller, one uniform 18% GST structure is a clear simplification of taxes,” said Sandeep Aggarwal, founder and CEO of Droom, an online market place to buy and sell used cars.

According to Abhishek Jain, partner and tax expert at consulting firm EY, a used car is already taxed when it is sold for the first time and to levy the same tax rate on it as on a new car does not make any sense.

“A used car dealer is paying the same amount of tax levied on a new car on his profit margin. This was killing the used car market. It is good that the government has taken note of this and decided to reduce the taxes. This will make the business more viable,” said Jain.