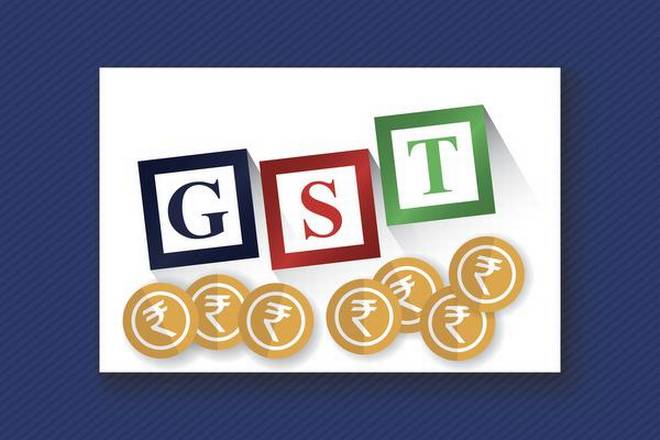 In its 25th meet last week, the Goods and Services Tax Council announced several clarifications that will bring relief for companies earning interest income, real estate developers and hospitals. Another clarification, largely applicable to the construction industry, would mean that leasing and rental of goods will be treated as supply of goods and not a service, attracting the GST rate applicable for goods and not services.

The Council has clarified that under the Central GST Rules, value of exempt supply will not include value of deposits, loans or advances on which interest or discount is earned. This exemption was largely for banks and non-banking financial companies who have a substantial amount of interest income but it was also impacting any company having an interest income. What was the problem exactly?

Tripathi: Under Section 16 (2), which discusses a few supplies which are exempt as well as taxable, the principle is that for supplies which are GST exempt, you have to reverse the input tax credit proportionately which has been taken on your inputs. The problem here was if the company is earning interest income because of deposits, loans or advances, then the income they have earned on interest could be small. It could be less than 1 percent. Because it was interest income and it is exempt, they have to reverse the proportionate tax credit on the input that they have received. So, it was not as much as the value but the difficulty of reversing this credit and identifying what proportion of credit needs to be reversed. So, this clarification, more than the financial impact, could save companies a lot of headache in terms of calculating the amount of credit which is to be reversed because that process was cumbersome.

How were companies working this out so far?

Doshi: The question of reversal of credit on interest income arose not only under GST but under service tax laws as well. So, most of the companies didn’t treat interest as exempt income. Because there are always cash flows and the investment is already there to turn out the interest income. The concept is that there is no input service being used and the interest income is because of the funds which are available and the investment which was done. But under the law it was not black and white, and this clarification will help companies avoid litigation over this issue.

The second important announcement is good news for developers where they have deferred the liability to pay GST for transferrable development rights transactions. What was the issue here?

Doshi: If there is a land owner, then he has the right of that land. Assume he has a bungalow and wants to give that land to the developer and say they want to have a multi-storey building. So, the bungalow owner will transfer the land to the developer or the constructor and agree that if they are constructing ten floors, then four would be with the owner and the remaining six floors with the developer for selling to third parties or for their own consumption. So, when that transaction is happening, they will have to arrive at a value for it. Say, the land value is Rs 10 crore and the construction cost is Rs 30 crore and the value of the four floors at this stage is Rs 20 crores. So, the calculation is that today, the land’s rights are transferred to the constructor, the constructor will construct the building for 2-3 years, and then transfer rights in those four floors back to the land owner and sell his share in the market. Here the developer is providing construction services to the land owner, so there is supply of services for sure.

What this clarification means is that because the construction will happen for period of three years and then the selling proposition is going to happen, you don’t have to pay GST at the time when land rights are being transferred. So, there is easing on the date of supply for the developer because he will now pay GST when the conveyance deed is entered into for the four floors in the above example. So, GST liability is deferred, and the developer will not go out of pocket.

Tripathi: It is a cash flow benefit for the developer, but it would also eliminate the valuation problem which could have occurred otherwise. The valuation might not be clear when the agreement is being signed as opposed to when the property deed is being transferred to the land owner. So, the government can benefit on two counts. One is, the valuation could be higher at that point of time and government can get a higher revenue. Two, there will be no ambiguity and contention whether the valuation was done correctly or not.

Doshi: Lease is of two types—wet lease and dry lease. Wet lease is when the lease of any goods is happening with an operator. Let’s take the example of an excavator given to a construction company. It is just an equipment going to them and they are using that equipment for construction-related activity. The other example is that the same machinery is going with them but with a driver or operator. So, the question was, what is going to be supply of goods and what is going to be supply of services.

The law says that if you’re providing a right to use goods, it is a service, but a transfer of right to use goods should be treated as supply of goods. So, the first scenario would be service, and the second scenario could be supply of goods or services. What is the rate of tax to be used? So, whichever goods were taxed at a higher rate, for example self-propelled assets which were 28 percent, were being treated by the industry as a supply of service taxable at 18 percent. Now they have clarified that leasing of goods — with or without operator — is going to be taxed at the rate applicable on goods. If I am leasing goods which are at 5 percent, it will be 5 percent. If I am leasing goods which are at 28 percent, then it should be 28 percent and so, supply of these goods cannot be camouflaged as a service. Now, they have clarified that even those goods that are at 28 percent and are being leases, will be taxed at 28 percent. So, no 18 percent benefit will be available to them.

Besides these, the Council has also clarified that hospital services provided by senior doctors/consultants/technicians, retention money charged by hospitals, fee or payment to doctors and food supplied to in-patients will qualify as healthcare services and consequently will be exempt from GST.