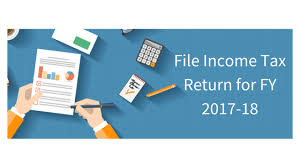 Though the State has not suffered any loss in income due to the introduction of Goods and Services Tax (GST), it has not been able to achieve the 25% projected increase in tax collection.

Replying to questions in the Assembly on Wednesday, Finance Minister T.M. Thomas Isaac said the delay in filing returns on account of hitches in software had hit IGST fund settlement and this had adversely affected tax collection in Kerala.

Tax evasion is taking place and only 7% had submitted the returns last month. There were no check-posts and e-way bill had not been fully implemented. The Anti-Profiteering Authority was yet to act on 153 companies that had violated rules, he said.

The Minister said the State had so far received GST compensation of ₹810 crore for July and August and ₹395 crore for September and October from the Centre.

Pointing out that Excise, CST, Services Tax and VAT had been merged to GST, Dr. Isaac said corporates had benefited from the GST and prices of goods had gone up. Kerala, being a consumer State with 80% of the goods coming from outside, would benefit from the introduction of GST in the long term, he told the House.

The Centre had unilaterally changed the dates of providing the GST compensation from the begining of the month to the third week and this had affected the salary, pension disbursal, and ways and means. Funds were not being provided to the Centrally-assisted projects and projects such as Sarva Siksha Abhiyan was on the verge of winding up. Dr. Isaac said the Centre had put the burden arising out of the GST roll out on the State.

In reply to another question, the Finance Minister said the State would consider reduction of excise duty on petroleum products if the Centre reduced it. The demand for inclusion of petroleum products under GST had not come up in the GST Council and was yet to figure in the official discussions, he said.

To a demand to reduce the 28% tax levied on Dinesh beedi, the Finance Minister said the State would return the 14% share of GST to ensure the industry survived.