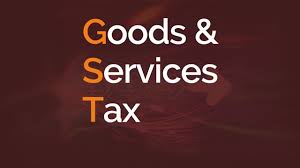 The revenue collection post-GST has registered an uptrend in Bihar and Jharkhand in the current fiscal compared to the previous year, a senior official today said.

The revenue collection post-GST in Bihar has grown by 35 percent and by 20 percent in Jharkhand, said Sheo Narayan Singh, Chief Commissioner of Central GST and Central Excise (Bihar/Jharkhand) told a press conference here today. He said all apprehension about the filing of GST returns online were being addressed by simplifying the process.

The traders who had expressed apprehension over it are filing their returns online in a hassle-free manner and seva kendras set up across the country were addressing their problems, he said.

Around one crore traders have been registered under GST post-implementation, he added.

Singh, who was accompanied by the Commissioner GST and Central Excise, Jamshedpur, Ajay Pandey, said the Jamshedpur circle has registered a growth of over 10 percent on account of tax collection in 2017-18, compared to the previous year.

A target of Rs 4700 crore tax collection has been set for Jamshedpur circle in 2017-18 and more than the target has been achieved till date, they said adding the growth percentage is likely to be enhanced by the end of the current fiscal.

Jamshedpur circle had collected Rs 3300 crore as central excise and Rs 700 crore as service tax in the 2016-17 fiscal, Pandey said.