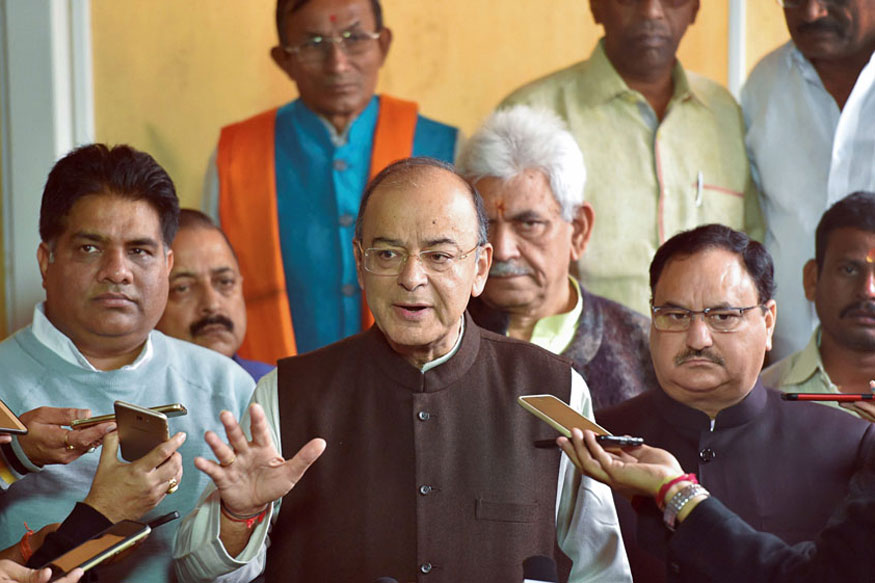 New Delhi: The last full Union Budget to be presented by Finance Minister Arun Jaitley in the forthcoming session of Parliament beginning on Monday will be unlike his previous four such exercises because of the complete overhaul of the indirect tax regime effected by implementing the Goods and Services Tax (GST) last year.

The Budget, to be the last for the BJP in view of the general elections due in the first half of 2019, usually has two main components.

The first part deals with new schemes and outlays for various existing schemes and sectors for the coming fiscal, while the second contains announcements on direct and indirect taxes.

With GST realising the dreams of the pre-Independence nationalist bourgeoisie of a unified market through a single tax regime, replacing the earlier system of multiple central and state taxes, this year’s budget will need take into account only those items like petroleum products that still remain outside the purview of GST.

The 2018-19 budget could thus contain changes in customs and excise duties on these remaining products, which for most others have been subsumed under GST.

In the area of direct taxes like income tax and corporate tax, Jaitley hinted at some relief for taxpayers as he made a case for rationalisation of the direct tax structure considering the fact that “the tax base has expanded”.

Addressing an event here on Saturday to mark International Customs Day, Jaitley said: “In income tax, the base has become larger; it’s bound to enlarge. And, therefore, charging higher rates from few selected groups — which has traditionally been done — is an area which has been changing.”

The country’s net direct tax collections witnessed an increase of 18.7 per cent till January 15 this fiscal, compared with the corresponding period last year.

With the general elections due in 2019, the government will present next year, instead of a full Budget, a vote-on-account, which only deals with the expenditure. Besides, new schemes and changes to taxation are not presented in a vote-on-account.

Moreover, with major states bound for polls this year, observers expect the budget to be weighed in favour of the farm sector at a time when data shows a dip in agriculture growth and the sector under stress