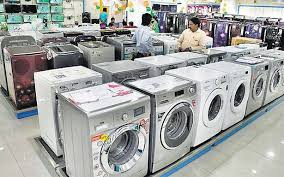 Be it online sellers, purveyors of consumer durables and electronics, or auto dealers, pre-Budget sales have been flat this year. Generally, there is a surge in sales across categories, on expectations that the Budget will hike tax rates.

In the online sphere, for instance, while Flipkart and Amazon claim to have outdone themselves in their just concluded pre-Republic Day sale, sales have been flat for sellers, unlike last year, when there was a lot of “panic buying” by customers due to the imminent introduction of the Goods and Services Tax (GST).

In the consumer electronics segment, the buzz was mising this year as the GST regime has already addressed tax issues. Likewise, in the consumer durables segment, with GST fixed at 28 per cent, companies saw no change in prices post the budget. On their part, auto dealers have not been offering any pre-budget discounts either.

“Post Diwali sales in December and January, which are announced to boost sales, have not done much for us sellers, because in the 7-10 day run-up to the actual sales, which began on January 21, we saw a 15-20 per cent dip in order volumes because customers preferred to wait to buy during the sale,” said a spokesperson from AIOVA (All India Online Vendors Association), a forum which has over 3,000 registered sellers, who sell in various online marketplaces.

“Most of the offline sales from big brands happened before the Flipkart and Amazon sales. Therefore, overall, average monthly sales for sellers remain flat with no major boost.”

A seller who sells fashion merchandise on both Flipkart and Amazon told BusinessLine that pre-Republic Day sales are just a ploy for e-tailers to push their own inventory or private labels and brand merchandise, which they purchase outright based on demand forecasting.

Amit Daga, MD of Deal Kya Hai, who is also a seller on Flipkart and Amazon concurs. “The focus for e-tailers like Flipkart and Amazon is shifting from the marketplace model to sourcing and retail through their own entities like WS Retail and Cloudtail, which are the top sellers on their platforms,” he says.

“As for sellers, they existed and thrived before e-commerce began and will continue to survive and thrive in future. E-commerce is just an additional sales channel for them,” Daga added.

Pointing out that there have been two rate changes in GST in November and January, Suresh Nandlal Rohira, Leader, Indirect Taxes, Grant Thornton India, said: “Announcements on rate changes may not happen during the Budget. While one more rate change is expected, I think the government will wait for revenue collections to stabilise in the Jan/Feb/March quarter before announcing it.”

Amazon claimed to have acquired over 1 million new customers, its highest number in one single event outside of Diwali sales, during the Great Indian Sale from 21-24 January, with 85 per cent of the new customers coming from Tier 2-3 towns. Asked how many were new customers, Manish Tiwary, VP, Category Management, Amazon India, said: “We would be very disappointed and would not even have called it out if it was under 1 million.” Flipkart’s Senior Director, Smrithi Ravichandran, in a statement said: On the back of a stellar sale, Flipkart continues to maintain the lead as the largest e-commerce player in the country.

The usual excitement around pre-budget sales is missing in the consumer electronics segment as the Goods and Services Tax (GST) regime has already addressed tax issues. Generally, consumer electronics sales see a spurt before the budget, as buyers rush to make purchases before an expected hike in tax rates.

Kamal Nandi, Business Head & Executive Vice-President, Godrej Appliances, said pre-budget sales depend on changes in the tax structure. “Since GST is not handled in the Budget, it did not have any impact on sales,” he added.

CP Mukundan Menon, President of Sales & Marketing, Product Business, Blue Star Limited, agrees. “After GST there is no major expectation around the tax, which we were always apprehensive about,” he said.

The excitement is missing, he added. However June 2017 was an active month for the company, with GST set to roll out, and the company preparing for the transition to the new tax regime.

“Pre-budget sales have not been the same for the past three years,” said G Sundar, Chief Executive Officer, Mirc Electronics Limited.

A senior official at a leading electronics retail chain in Chennai said this trend is due to a combination of online sales grabbing a big chunk of business and also because of increasing competition. Compared to four years ago, sales have come down by 10-15 per cent, the official said.

Consumer durables companies stayed away from advertising their brands during the pre budget season primarily due to GST. Vijay Babu, Business Head, Airconditioner, LG India said: “The trend off advertising during pre budget is over now as consumer durables companies will not see any any changes in prices post the budget since GST rates are fixed at 28 per cent for the category. Besides we had already been advertising from Republic Day till the end of this month and there is no need to make any additional investment now.’’

Analysts tracking the consumer durables segment expressed a similar view. “Since GST is fixed at 28 per cent there will be no change in prices post the budget. Companies are aware that the government is not going to tinker with indirect taxes as it is the GST Council which is responsible for the rates so there is no point in advertising before the budget,’’ said John Perinchery, analyst at Emkay Global Financial Services.

No discounts on cars

Commenting on the lack of pre-budget discounts on cars this year, Shridhar V, Partner at Grant Thornton India, said: “Earlier there used to be excise duty, VAT and other levies. That helped manufacturers offer discounts. The auto sector has already gone through a revision after the initial GST rate announcement. So, there is no expectation of prices going up post the budget.

There is an expectation that taxes on batteries and chargers for electric vehicles will go down in line with the overall taxes on EVs. That will bring down the cost of EVs further.”