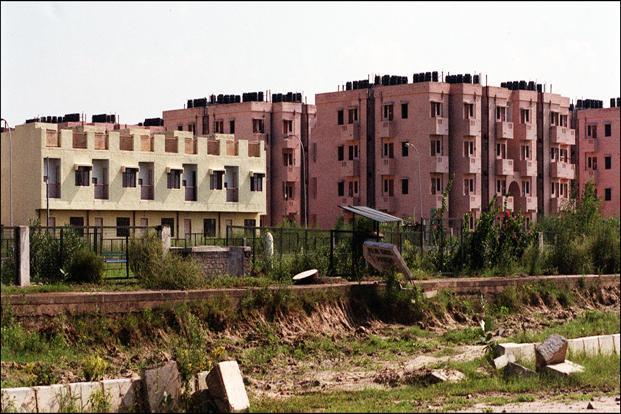 In its 25th meeting, held on 18 January 2018, the Goods and Service Tax (GST) Council recommended rationalization of GST rates on various goods and services. The list included affordable and low-cost housing. The council’s recommendations were accepted and included in the official gazette on 25 January 2018. Now GST would be charged at 8% on the total value of under-construction properties, which would be 4 percentage points less than the earlier effective rate of 12%. Here is how the new GST rate will impact property prices.

For tax purposes, the process of buying an under-construction property was seen as buying a service from a builder. Earlier, this attracted service tax. Now GST has replaced service tax in these transactions. However, there are other goods and services that continue to attract taxes in addition to the GST.

After buying a property, the buyer has to register it by paying stamp duty and registration fee—which are in addition to the GST. Stamp duty is levied by respective state governments and usually varies between 5% and 8% across the country. This means that GST and these other fees constitute about 20% of a property’s value.

Homebuyers as well as developers have been asking the government to reduce the GST on residential properties.

Responding to these requests and based on the GST Council’s recommendations, now a concessional rate of 12% will be applicable, instead of 18%, on the two-third value of under-construction properties in the low-cost and middle-income group categories.

Specifically, these benefits have been extend to houses constructed or acquired under the Credit Linked Subsidy Scheme for Economically Weaker Sections (EWS); lower-income group (LIG), middle income group-1 (MlG-1) and middle income group-2 (MlG-2) under the Housing for All (Urban) Mission or Pradhan Mantri Awas Yojana (Urban) and low-cost houses up to a carpet area of 60 square metres per house in a housing project that has been given infrastructure status, as proposed by Ministry of Housing and Urban Affairs.

The new GST rate on these houses would be 12%, with one-third abutment for land cost; resulting in an effective rate of 8%.

Real estate developers’ association, the Confederation of Real Estate Developers Association of India (Credai), said in a statement that the “decision will give a boost to providing affordable housing to people of India under Housing for All, Pradhan Mantri Awas Yojana and other such programmes.” A lower GST rate will further boost the affordable housing segment. “From the sector’s perspective, there’s a huge shortage of housing and a lower GST rate will reduce transaction costs for buying under-construction real estate, which was earlier taxed at (more than) 17%—12% GST plus 5% or more for stamp duty and registration,” said Abhishek Lodha, managing director, Lodha Group.

Given that mid and luxury housing segments have been witnessing a lull for the last few years, affordable housing is the segment where developers see a lot of demand coming from.

Their optimism is backed by several industry reports, according to which, while the number of overall projects launched in the sector have reduced significantly in last few years, there has been a surge in projects that offer houses up to Rs50 lakh last year.