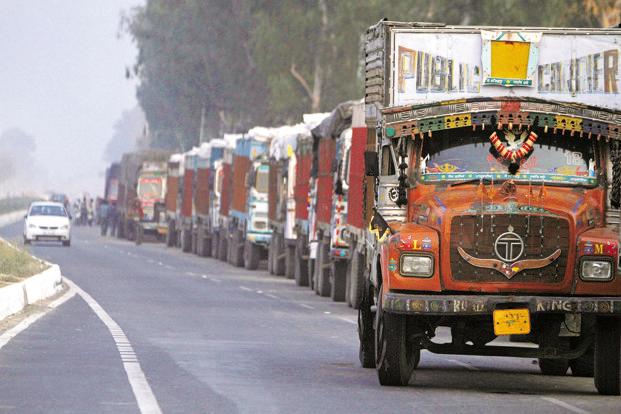 New Delhi: The e-way bill, key to preventing tax evasion under the goods and services tax (GST), will be rolled out nationwide from Thursday, the day finance minister Arun Jaitley will present the Union Budget 2018, amid persistent concerns in some quarters that its enforcement could trigger fresh economic disruption.

The GST e-way bill, an electronic documentation tracking the movement of goods, is mandatory for all inter-state movement of goods from 1 February. It is designed to prevent underreporting and evasion of taxes.

The e-way bill is a key part of the GST architecture. It was put on hold until after GST, which was implemented from 1 July, stabilized. Over 2.84 million GST e-way bills have been generated in the trial phase so far.

“We rolled out the e-way bill system for all states from 17 January. Given the experience so far of the last two weeks, we are optimistic that the rollout will be smooth,” said Prakash Kumar, chief executive officer of the Goods and Services Tax Network (GSTN).

GSTN expects that around 700,000-800,000 GST e-way bills will be issued every day across the country, based on rough calculations of the transit permit data issued in the old value-added tax regime. More than 340,000 e-way bills were issued on 30 January alone, Kumar said. So far, more than 670,000 taxpayers and transporters have registered under the e-way bill system.

The GST e-way bill will also be mandatory for all movement of goods within a state from 1 June, although at least 13 states are likely to implement it from 1 February.

An e-way bill has to be generated for all movement of goods—within or outside a state—valued at more than Rs50,000 by prior online registration of the consignment. The supplier and the transporter can upload the details about the shipment and get a unique e-way bill number.

An e-way bill will be valid for a day for a distance less than 100km. For every 100km thereafter, the validity will be an additional day from the relevant date.

An e-way bill will have to be cancelled within 24 hours of it being issued.

There are also safeguards in place which do not allow a consignment to be held up for more than 30 minutes.

Industry is seeking a relaxation of rules.

To reduce the compliance burden, industry lobby group Confederation of Indian Industry wants e-way bills to be issued only for the movement of goods valued above Rs5 lakh.

Confederation of Indian Industry (CII) has demanded that the validity of GST e-way bills be extended to a minimum of 5 days and more time be given for cancellation.

However, the GST Council, the apex decision-making authority, did not accept the suggestions.

“Implementing e-way bill is a turning point in the transportation business as it will lay the foundation for the success of GST. E-way bill leaves little chance for tax evasion,” said S.P. Singh, senior fellow at transport research body Indian Foundation of Transport Research and Training.

The combined volume of inter-state trade in all the states and intra-state trade in the 13 states committed to implementing the e-way bill for local movement of goods from Thursday will account for 65-70% of all cargo movement in the country, explained Singh.

According to a logistics industry executive who asked not to be named, truck bookings rose about 30% in the first three weeks of January from the previous month, after which bookings for the coming weeks subsided, indicating that businesses and traders wanted to build up inventory before the electronic permits became compulsory.