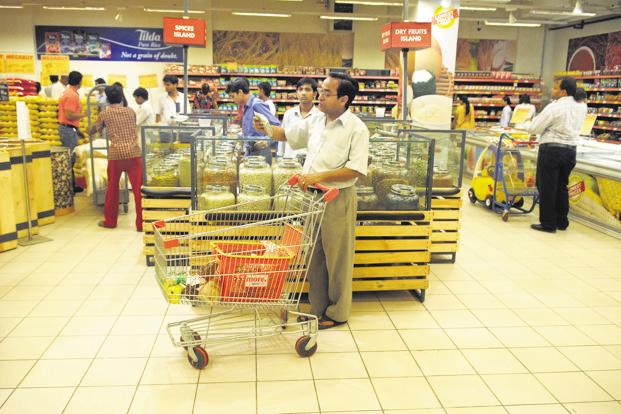 Mumbai: Most FMCG firms are reluctant to raise prices despite rising input costs, fearing the government may act against them under the goods and services tax’s (GST) anti-profiteering clause.

The government had served notices to several packaged consumer goods companies under the anti-profiteering clause in the past month.

“This, along with stable to mildly improving demand scenario, should support volumes. However, anti-profiteering actions by the government is acting as a pushback for genuine price hikes amidst sustained raw material inflation,” the note said.

Prices of key raw materials for FMCG firms rose 15-90% as of January 2018, from a year earlier, according to data compiled by Jefferies.

Companies that are likely to be affected by the rise in prices of these raw materials include detergent-maker Hindustan Unilever Ltd, India’s largest household goods maker.

Yet, apart from Procter & Gamble and Marico Ltd, no other major consumer goods companies have raised product prices significantly.

A Hindustan Unilever spokesperson declined to comment. Marico and P&G are in the so-called quiet period before announcing quarterly results.

Hindustan Unilever highlighted rising input costs in its December 2017 quarter results during its press briefing and analyst call held on 17 January. “Input costs are continuing to inflate and are primarily crude led,” chief financial officer Srinivas Phatak said in the analyst call. “Further inflation in input cost is a watch out for us, which we need to keep a close track on.”

Tax experts say the problem may be to do with fuzzy procedural guidelines on how anti-profiteering is enforced and a perception issue for several consumer facing businesses.

“If there is a genuine reason to raise prices, there is no reason not to do so,” said Anita Rastogi, indirect tax partner, PwC India. “This might be a perception issue for companies because brands and reputations are at stake. If prices are raised, there is a chance that companies might receive consumer complaints against them,” she said.

The National Anti-Profiteering Authority, set up to enforce anti-profiteering rules under the GST, can act on complaints that companies have not cut prices for a product on which GST has been reduced.

Hindustan Unilever also made provisions worth Rs119 crore to be passed on as benefits to consumers because the firm was unable to drop prices fast enough once the tax rates were revised in November.

With input prices rising, companies will soon have to raise prices to protect their margins. For firms such as Hindustan Unilever and Marico, detergents and hair oils—affected most by rising prices—make a sizeable chunk of their revenues.

The government, however, does not have any immediate plans to issue guidelines to make anti-profiteering rules clearer, according to Prashant Deshpande, indirect tax partner at Deloitte.