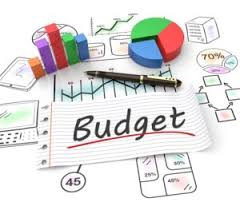 The FM said one reason for the shortfall was the Centre will collect indirect taxes only for 11months in the current fiscal.

A part of GST paid in March will be credited in April and will be shown as revenue accrued in 2018-19. Lower than-estimated collections have been a factor for the Centre missing the fiscal deficit target of 3.2% of GDP and close the year with 3.5%.

Though GST rates have been cut for over 200 items since its introduction on July 1, key reasons for revenue slippage was the GST Council‘s call to suspend anti-evasion steps like matching invoices of buyers and sellers and the reverse charge mechanism to keep tabs on unregistered businesses. Rollout of e-way bills was deferred till February 1.

The Centre also has to compensate states if growth in collections is less than 14%. It is hoping GST regime will stabilise soon and with a bigger base of taxpayers along with anti-evasion measures revenues will start growing much faster in 2018-19. It has projected over 60% rise in tax revenues in the next fiscal year.