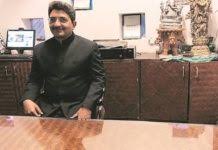 Six months into the Goods and Services Tax (GST) regime, teething problems persist. While stakeholders are trying to make sense of the new indirect tax system, revenue collections have dropped. Maharashtra GST Commissioner Rajiv Jalota tells Priyanka Sahoo about the challenges in implementation and what lies ahead.

GST was introduced as a simple indirect tax system that will bring together states to form a single market. That hasn’t happened yet. But why do traders feel GST is anything but simple?
It has been the most challenging tax reform in the indirect tax system in India since Independence with humongous ramifications. Six months is too short a period to evaluate such a mega reform. It will take substantial time to stabilise. The government has through various measures tried its best to control inflation by rationalising tax rates. It is up to the industry and trade now to pass on the benefits which they receive through reduction in tax rates and cascading of taxes. As initial teething problems, the stakeholders faced certain IT-related issues, which is getting normalised to a certain extent. The GST Council is deliberating on the issue of simplification of return filing process so as to ease the compliance burden. Very soon, there would be a simple and easy return filing process in place. I am sure that in the months to come businesses would be experiencing real benefits as far as process is concerned.

The new tax system also aims at bringing unorganised and small businesses into the tax net. How has Maharashtra done on that front?
Till today 4.9 lakh new registrations have been granted in Maharashtra, which is almost 13.6 per cent of the country. It is cost effective for small businesses to be registered under GST Law, since all taxes paid are eligible for input tax credit. Though we have increased the threshold limit for registration from the aggregate turnover of Rs 10 lakh to Rs 20 lakh, for small business composition schemes are made available upto 1 crore of turnover, which attracts unorganised and small businesses including start-ups to get enrolled and pay due taxes. With a trend creeping in after demonetisation among businesses to become organised, GST is providing a platform. We need to handhold and support these small businesses while they are getting organised, since their certain overheads increase in the process.

The proportion of taxpayers filing their returns has dropped over the past couple of months. How do you plan to address this issue?
I would like to differ here. First, returns filling in GSTR-3B has been growing. Latest data shows that in Maharashtra 8.9 lakh returns have been filed for the month of September. However, due to ever-increasing GST taxpayer base, returns count in percentage terms appear less. Due to various technical reasons and for want of timely and adequate resources, some businesses have been unable to file GST returns by prescribed time period. Secondly, GSTR-3B filing is allowed only after full tax payment for the relevant month is made. Thirdly, new registrants and smaller taxpayers need more advisory and counselling to file returns. Tax consultants and trade associations are doing their best to advise businesses. As a department, we have been continuously following up with the non-filers through informal communications. Now, we have started sending legal notices. In the past few days we have seen a jump in returns filing. As regards GSTR-1, outward supply return, it has just started in November and compliance is up and steady.

Are there concerns related to tax evasion?
GST is self-compliant and self-regulating. No indirect tax system in the world is immune from tax evasion. Initially as the system is getting stabilised we need to give stakeholders adequate time to get acquainted with it. Maker-checker system like e-Way bill, Reverse Charge Mechanism (RCM) and in-depth analysis of return filing (through business analytics and Data warehousing) will be in place to plug loopholes. Anti-evasion activity will take its course.

Is the plummeting revenue collection from GST a cause for worry?
Maharashtra’s revenue collection is not as impacted as that of other states. So, we are in a somewhat better position. A dip in November revenue is on expected lines due to relaxation in implementation of important features like matching and RCM. Further, due to tax reductions, there has been a little dip in revenue realisation. However, due to widening of tax base, introduction of e-Way Bill, RCM, we are confident of achieving targeted revenue. The tax exporter to importer ratio in Maharashtra has been one is to three, so it is likely to receive more of Integrated GST, post IGST settlement. Maharashtra state is also a big consumer of services which also helps with better revenue receipts.

We are completing six months in the post-GST era. How long will it take for us to see the benefits?
Six months is too short a period to evaluate such a mega tax reform. It will take at least 18 months to two years for it to stabilise. Many other countries evidenced that stabilisation takes a year or two. They experienced slow-down in overall economy with little increase in inflation and thereafter it stabilised. Considering the dimensions of our country, its federal structure, its diversities, within a year or two, the country will start reaping the benefits of GST. In the long run GST will propel our country to achieve huge investments and employment generation besides competitive prices for goods and services to its citizens.