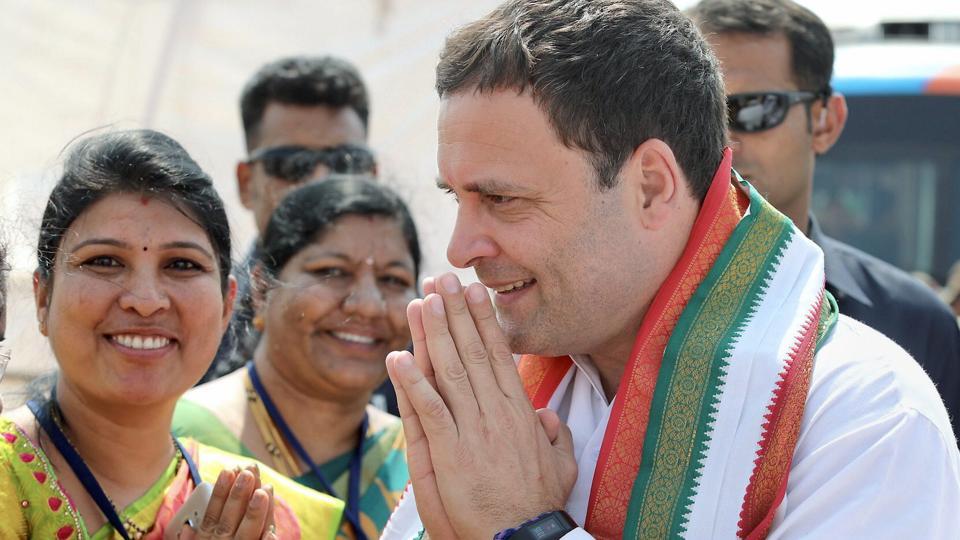 KALBURAGI (KARNATAKA): Congress president Rahul Gandhi today said that if his party is voted to power at the Centre, it would reform the current GST and simplify it by trying to make it a single-slab tax and cap it at a “decent” level.

Gandhi, who has been highly critical of the manner in which the tax was implemented and had termed it “Gabbar Singh Tax”, said that a “huge amount” of confusion related to the Goods and Services Tax (GST) would also be removed.

“Our position is very clear. When we come to power, we will reform the current GST and simplify it. We will attempt to make it a one tax and cap it at a decent level. We will also try to remove the huge amount of confusion that you all are facing,” he told professionals and entrepreneurs at an interaction here.

The Congress had a concept of GST, which was to simplify lives of the people, but it is complicated as of now, Gandhi said.

“We had the idea of having one tax and put those large number of items that are used by poor people and common man outside the GST. Cap the single tax at 18 per cent. That was our GST,” he said.

The BJP and the NDA had a long-drawn battle with the Congress in Parliament over the tax, Gandhi said

The Congress kept telling them not to put in place a five-tier GST and to do a pilot project before implementing the tax or otherwise it would be a “disaster”, he said.

Gandhi said that before the GST was passed, former prime minister Manmohan Singh had met Finance minister Arun Jaitley with a message to do a pilot project before implementing it and that the party did not agree with a five-tier GST.
“You do not have majority in Parliament. You can bulldoze us in the Lok Sabha, but whatever you do, please do a pilot project. Do not put an untested system on 1.3 billion people… it will be a disaster,” the Congress president said.

However, Jaitley’s response was that Prime Minister Narendra Modi had taken a decision on the matter and it would be done at midnight on a specific date, he claimed.
“We said please tell Mr Modi that the systems have not been tested… websites have not been tested. Please test them, run the system for three months and then apply. They said no and the results are before us,” Gandhi said.

The Congress president assured professionals and entrepreneurs that the specifics of GST-related problems would be raised in Parliament, if they provided details on the matter.