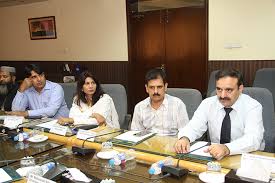 “The Government is making all efforts to clear misconception and incorrect information related to Goods and Service Tax (GST) provisions, compliance procedure amongst traders, general public and officers. To make GST simple and easy, the Government of India is working continuously. Inception of GST has made taxation system of the country easy and transparent. Government of India believes that when people of the country would be happy only then the country would prosper and lead to sustainable continuous development,” said Union Minister of State for Finance Shiv Pratap Shukla, while addressing a symposium on Goods and Services Tax organised at Rani Durgawati University (RDU) Institution of Management and Department of Economics, on Friday.

The Union Minister informed that around 1,200 laws have been taken care to implement Goods and Services Tax as one tax one nation regime. A large number of taxes have been exempted while few have been withdrawn to make GST a beneficial step for country. He said GST has four slabs including 28 per cent, 18 per cent, 12 per cent and 5 per cent. In this continuous amendments are being made to make GST securing rights of general public and traders.
Vice Chancellor, Professor KD Mishra declared that the students of RDU would become GST Public Awareness Campaign Ambassador and shoulder the responsibility to educate people of different sectors.

GST Commissioner, Pramod Agrawal informed that in Jabalpur above 150 workshops and events have been organised connecting students, institutions, traders to clear the doubts related to GST. JNAU Vice Chancellor, Professor P K Bisen emphasized over the need of resolving misconceptions in the society.

MLA Ashok Rohani said that earlier people of business community were in pressure due to GST. now they are happy after implementation of new tax regime as with honesty the nation is progressing. Registrar, Dr. B. Bharti mentioned the workshop important in terms of giving right information to public about GST and different facets of decision taken by government related to taxation regime.