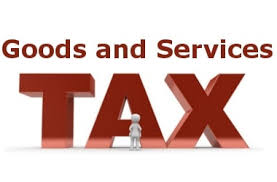 Moving away from the complicated system of filing three returns every month, the GST Council is likely to approve a single monthly return with annexure on sales and purchases.

Bringing relief to taxpayers, the Goods and Services Tax Council is likely to meet early next month to finalise a new and simplified monthly return filing format.

To this end, GST Network Chairman AB Pandey met with stakeholders including industry chambers and traders on Thursday to get their views on a simplified return filing process.

“All participants are keen for a single and simplified return format,” said a person familiar with the development.

The expert panel under Bihar Deputy Chief Minister Sushil Modi is now expected to meet later this month to finalise its recommendations.

Moving away from the complicated system of filing three returns every month, the GST Council is likely to approve a single monthly return with annexure on sales and purchases. The return filing would be done in a staggered manner by large and small taxpayers between the 10th and 20th of each succeeding month.

It will take up the issue in its meeting in early March. “The Council was expected to meet in the first week but may be postponed to around March 10 due to Holi,” said the source.

After the last meeting of the GST Council on January 18, Finance Minister Arun Jaitley had said that discussions had been initiated on a single return system of GST 3B, and uploading of invoices by the buyers and sellers.

“At a later stage, in case of any differences, they can be asked to explain,” he said, indicating that essentially GSTR 1, 2 and 3 will no longer be used.

Presentations on return filing were also made by Sushil Kumar Modi, who heads the ministerial group on IT system, GSTN CEO Prakash Kumar and Infosys non-executive Chairman Nandan Nilekani.

Apart from return filing, the GST Council is also expected to look into the deferred provision of E-Way Bill and how to restart it.

Additionally, it will review the rates of some items including handicrafts, based on the proposals of the Fitment Committee of officers.