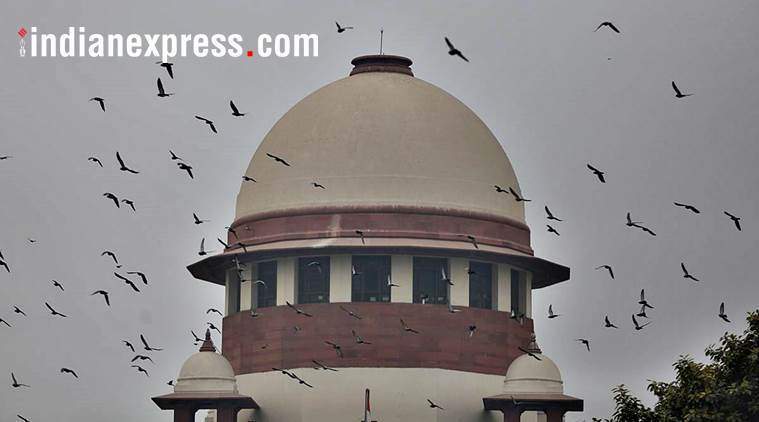 The number of cases in the Supreme Court where the Centre is a party has seen a spike in the last one year, with law ministry officials attributing the spurt to note ban, GST and other taxation issues. Between January 1 and December 31 last year, 4,229 cases were filed in the top court in which the government was a party as against 3,497 in 2016, according to the latest data from the law ministry. Officials in the ministry said the spurt could be attributed to a slew of cases on government policies such as demonetisation, the GST regime and taxation issues in the last one year.

While there has been a rise in litigation over such matters, the number of law officers representing the Union of India has dwindled. Though the number of law officers representing the government in the Supreme Court is set to go up from six to 10 next week, so far there is no word on who would become the next solicitor general. A law ministry file recommending the names of Aman Lekhi, Madhvi Diwan, Sandeep Sethi and Bikramjeet Banerjee as additional solicitors general has reached the Prime Minister’s Office for a final approval.

Sources in the government said the final nod of the Appointments Committee of Cabinet on the four names was likely next week. After Ranjit Kumar resigned as the solicitor general in October last year, the key post has been lying vacant and so far there is no word from the law ministry on who would be appointed to the post. P S Patwali and N K Kaul had decided against a second term as additional solicitors general when their terms ended last July. Maninder Singh, Tushar Mehta, P S Narasimha, Pinky Anand and Atmaram Nadkarni are the other ASGs.

Besides Attorney General K K Venugopal, five ASGs represent the Centre in the apex court. There are nine other ASGs who appear in various high courts. Officials pointed out that since there are not many law officers, sensitive cases are also being handled by senior advocates who are on the law ministry panel.