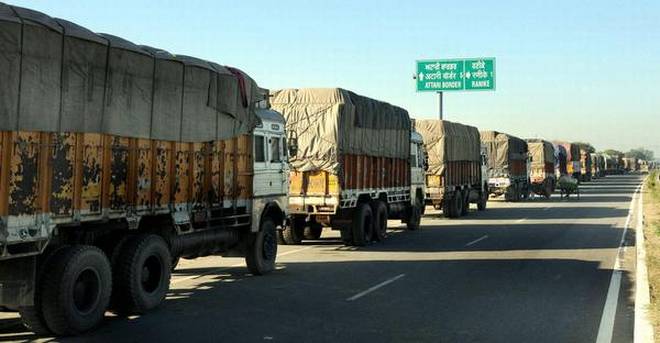 The group of ministers assessing technology issues related to the Goods and Services Tax regime has proposed rolling out on April 1 the e-way bill system to track inter-State movement of goods above the value of ₹50,000. A final decision on the launch of the system will now be taken by the GST Council at its next meeting. A plan to start it on February 1 had to be abandoned after the IT network to create the bills crashed in its first few hours after generating about five lakh bills. The government decided to defer its roll-out till the technical glitches, like those businesses faced while filing online returns on the GST Network initially after its July 1 roll-out last year, were removed. For intra-State goods movement, the government had said all States must launch their own e-way bill systems by June 1. Now the ministerial group headed by Bihar Finance Minister Sushil Modi has proposed that instead of bringing all States and Union Territories on board together, introducing intra-State e-way Bills in four or five at a time is better. For businesses with operations across the country, this proposal will pose a fresh compliance headache as some States may require e-way Bills for internal movement of goods while others will not. Industry already has several reservations about the e-way bill regime, including the norm that such bills are generated for all goods travelling 10 km from the point of origin.

The government’s haste is understandable, given its fiscal compulsions. After a monthly inflow of over ₹90,000 crore in the first three months of the tax regime, revenue collections dipped. From a peak of ₹92,283 crore in July 2017 — that the Centre reckoned was adequate to deal with its revenue targets and compensate States for revenue losses — GST collections between October and January averaged ₹84,294 crore per month. This may be partly because of the large-scale rationalisation of tax rates carried out recently, but registered taxpayers are also finding ways to avoid tax dues. Data for January bear this out — about 69% of the over one crore registered businesses filed returns, with wide variations across territories. In Punjab, 83% taxpayers filed returns, while industrially developed States, including Maharashtra and Tamil Nadu, didn’t fare as well. This disparity must be factored in by the GST Council when it considers proposals for a staggered launch of the intra-State e-way bill system. Boosting compliance is critical for further rationalisation of multiple GST rates, the Finance Minister has said. To achieve that goal, it must be ensured that States and industry are comfortable with the e-way bill regime, and that the IT backbone doesn’t crash this time.