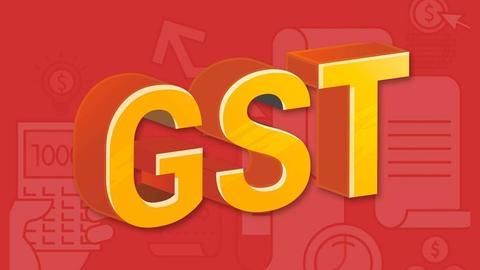 Hindustan Unilever Ltd (HUL) has offered to pay Rs119 crore to the government for not passing benefits of goods and service tax (GST) to consumers. This, however, has put the government in a fix, as there is no provision for accepting suo moto penalty under the GST. In addition, the question is when HUL is offering Rs119 crore as penalty, why no other company, especially peers of HUL from the fast moving consumer goods (FMCG) space are not doing the same when the GST change would have affected them as well.

In a regulatory filing, the FMCG company said, “Effective 15 November 2017, GST rates were reduced for some of our categories from 28% to 18%. While the implementation of this change was initiated immediately, it was not possible to pass on the entire benefit of this rate reduction on some of the pipeline stocks during the transition. An estimated value of Rs119 crore was proactively disclosed to the CBEC on this count and we have offered to pay this amount suo moto to the Government. This amount is not recognised as revenue and is accounted as a liability as on 31 December 2017.”

Earlier, in January, the Directorate General of Safeguards (DGS) has slapped a notice for profiteering on HUL for allegedly not passing on price reduction benefit to consumers after GST rollout. This is the sixth notice issued by DGS, the investigative arm of the Ministry of Finance, to entities for not reducing prices post GST implementation. Gaziabad-based Lifestyle International Pvt Ltd, Mumbai-based Hardcastle Restaurants Pvt Ltd, a franchisee of McDonalds, Sharma Trading Company, Uttar Pradesh-based Vrandavanesharee Automotive Pvt Ltd, authorised dealer of Honda Cars and Gurugram-based Pyramid Infratech are the other entities that had received notices from DGS for not passing GST rate cut benefits to customers.

The Standing Committee had referred the matter to DGS, which in turn has issued queries to HUL seeking a response on whether the benefit of tax rate reduction after GST is passed on to consumers. As part of its investigation, the DGS usually calls for a company’s balance sheet, profit and loss account, GST returns and details of invoice wise outward taxable supplies. It also scrutinizes the price list prior to and after GST rollout. After studying the documents, the DGS gives its report to the Anti-Profiteering Authority for further action, which may include fine and extreme penalty like the cancellation of registration.

As per the structure of the anti-profiteering mechanism in the GST regime, complaints of local nature are first sent to the state-level ‘screening committee’, while those of national level are marked for the ‘standing committee’. If the complaints have merit, the respective committees refer the cases for further investigation to the DGS. DGS is mandated to complete its investigation within three months and may seek an extension of a further three months from the standing committee.

However, the offer from HUL to pay Rs119 crore raise several questions like whether all FMCG companies are passing the benefits of tax cut to consumers and if not, then are they offering similar penalty to the government.

According to a report from Business Standard, HUL is in the process of offering another tranche to the government but is still awaiting instructions from the authorities on how to deposit the allegedly profiteered sum in the consumer welfare fund. Quoting officials, the report says, “…the current guidelines allow the government to accept penalties in the said fund after an investigation by DGS and then an order from the anti-profiteering authority. However, HUL waited for neither; it did the calculation on its own and, in effect, told the government it was penalising itself.”

Responding to a query from the newspaper, an official from HUL had said, “In the absence of clear legal provisions on this subject, officials had forwarded our request to DGS. We are awaiting advice from the officials, so that we can deposit the cheques at the earliest.”

Companies like Dabur Ltd, Godrej Consumer Products Ltd, Marico Ltd and Procter & Gamble Hygiene & Health Care Ltd also operate in FMCG space. The rate cuts in GST applies to all. However, other than HUL, no other company has offered to pay penalty for not passing on benefits of rate cut to customers.

We contacted officials from HUL and Dabur. However, till writing this report, there was no response. We will updated this story as and when we receive a response from them.