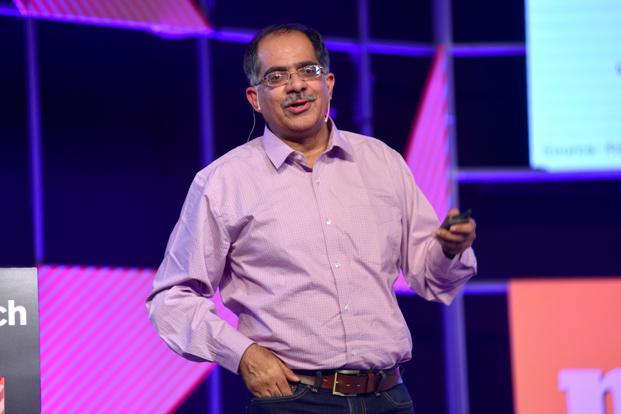 New Delhi: If the goods and services tax (GST) is simplified in the upcoming GST Council meeting, it will become a registry of all invoices a business is involved in, a technology expert said.

“GST will be good for all B2B players. Another platform called the DBPS will create the same digital trail for businesses that service customers,” iSPIRT co-founder Sharad Sharma said at the technology conference, EmTech India 2018, in Gurgaon on Thursday.

iSPIRT, which stands for Indian Software Product Industry Round Table, is a think-tank led by entrepreneurs like Sharma, Pallav Nadhani and Manav Garg which helps software products businesses scale.

“Creation of new technologies for India in these new areas is allowing the country to become data rich before we become economically rich,” he added.

“Digital inclusion is leading to financial inclusion and the rest of it,” said Sharma while referring to the volume of Aadhaar transactions reaching 70 million in India.

India is also formulating a new consent framework which will be announced as a new law later this year, Sharma added.

“The technology for this new law is already available in India. RBI will announce this as the account aggregator policy,” Sharma added.

This law will impact not just the financial sector but also healthcare. “The health kernel called the health stack will change the game over the next 10 years and possibly make us the first country to attempt to be healthy before wealthy,” said Sharma.

These underlying societal platforms and consented flow of data will transform multiple areas in the country, he said.