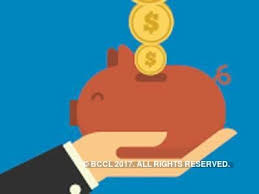 NEW DELHI: The Centre on Thursday sought Parliament’s approval for extra spending of Rs 85,315 crore, a large chunk of which will be used to compensate states for revenue losses due to rollout of the goods and services tax (GST) and phasing out of the central sales tax.
The government presented the fourth supplementary demand for grants in Parliament on Thursday and out of the total cash spending, it sought approval for Rs 62,716 crore to compensate states and Union territories due to revenue shortfall after GST rollout. This is a transfer from the compensation fund to the public account where GST cess on tobacco, soft drinks, luxury cars and coal is parked.

Although the money is paid for “revenue loss”, many states, which have higher collections than last year, will also receive compensation as the Centre had guaranteed 14% growth in revenues for five years.

The Centre sought Parliament’s approval for gross additional expenditure of over Rs 9 lakh crore, some of which would be matched by savings of some ministries. “Of this, the proposals involving net cash outgo aggregate to Rs 85,315 crore and gross additional expenditure, matched by savings of the ministries and departments by enhanced receipts/recoveries, aggregates to Rs 8,21,519 crore,” according to the document.

Among the major items of expenditure, Rs 9,260 crore was for additional spending on pension in the defence ministry. Over Rs 5,700 crore was for extra spending on interest payments on market loans, special deposit of nongovernment provident fund, gold monetisation scheme and other programmes.

The government has already budgeted for a higher fiscal deficit of 3.5% of GDP for the current financial year, which ends in March. “A substantial part of the net cash outgo proposed under the fourth batch of supplementary demands for grants, 2017-2018, appears to be technical in nature, led by the transfer of GST compensation cess receipts into the non-lapsable GST Compensation Fund in the public account,” said Aditi Nayar, principal economist at ratings agency ICRA.