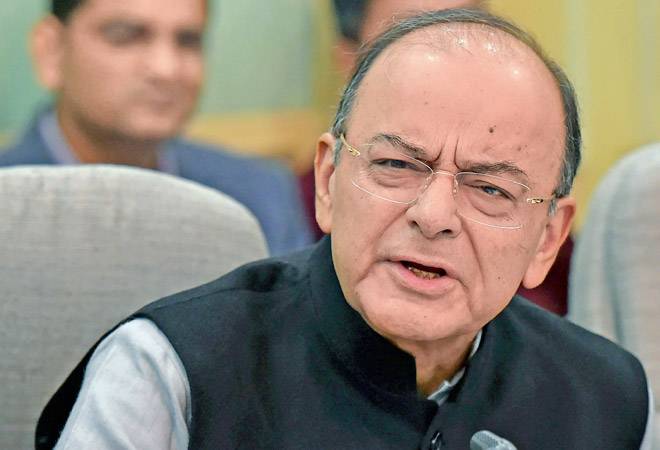 The government on Thursday sought Parliament’s approval to spend an additional Rs 85,300 crore in the next two months of the current financial year which ends on March 31, a finance ministry statement said. The extra expenditure includes as much as Rs 62,700 crore for compensation to the state governments and union territories as collections from the Goods and Services Tax, introduced in July last year, have fallen short of expectations due to the chaotic launch.

Another major item of expenditure in the new proposal includes Rs 15,065.65 crore towards grants in aid and creation of capital assets under various schemes. Prime Minister Narendra Modi has pushed up spending on rural infrastructure and job-creating sectors to rev up the slowing economy and create more jobs as the next general election approaches.

Another Rs 9,260 crore would be spent for paying defence pensions, and Rs 5,721.90 crore for meeting expenditure towards interest payment on market loans and treasury bills. This extra spending is unlikely to impact the country’s fiscal deficit target for 2017-18 as the government has already raised it to 3.5 per cent of gross domestic product from 3.2 per cent earlier.

Easing off on the fiscal deficit and going in for extra expenditure has helped the government to revive Asia’s third largest economy which grew at 7.2 per cent in the October-December quarter, its fastest pace in five quarters. India has bounced back as the world’s fastest growing economy beating China’s 6.8 per cent growth rate.

The budget has targeted GST tax collections of around Rs 9.26 lakh crore but the government has collected only Rs 5.87 lakh crore in the first nine months of 2017-18. The complex filing procedure and hiccups in the IT infrastructure had posed problems. The government had then expanded the simplified composition scheme to cover more traders under the voluntary compliance of GST.

However, the businesses registered under the composition scheme are widely believed to be underreporting their income. “Collection in regard to them was a matter of concern. Out of 75 lakh registered businesses, at 1% tax rate, the collection in the first quarter was Rs 307 crore. This seems to be a case of under-declaration,” finance minister Arun Jaitley had lamented recently.

He had said that with the rollout of the e-way bill, the government would be able to curb tax evasion. However, the delay in introducing the e-way bill due to technical glitches proved to be a further setback. The GST council is expected to meet again on Saturday to extend the deadline for filing of simplified sales return GSTR-3B by three months till June. The council, chaired by Finance Minister Arun Jaitley and comprising finance ministers of states as members, is also expected to finalise a simplified return filing procedure for businesses registered under the GST regime.

DIRECT TAX COLLECTION UP
The country’s direct tax collections, comprising corporate tax and income tax, rose 19.5 per cent to Rs 7.44 lakh crore during April-February period of the current financial year compared to the corresponding period last year. The increase was driven by a strong uptick in corporate tax revenue. The net direct tax collected accounts for 74.3 per cent of the Rs 10.05 lakh crore revised estimate for 2017-18, according to a finance ministry statement. The gross collections, before adjusting for refunds, rose 14.5 per cent to Rs 8.83 lakh crore during the 11-month period of the current financial year. Refunds amounting to Rs 1.39 lakh crore have been issued till February. The growth rate for net corporate tax collections stood at 19.7 per cent while that for personal income tax is 18.6 per cent.