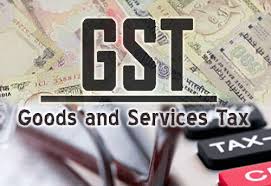 Madurai: The Madurai bench of the Madras high court on Friday ordered notice to the secretary of the GST council, in a case seeking GST exemption on footwearvalued below Rs 500.
Secretary of Chappal Bazaar Association, E Liyahath Ali filed the petition, which came up before justice G R Swaminathan.

Explaining the difference between value added tax (VAT) and the goods and services tax (GST) in footwear business, the petitioner’s counsel told the court before commencement of the GST, VAT was in vogue. As per the earlier system, there was no VAT on footwear valued below Rs 200. But, the VAT for unbranded footwear valued exceeding Rs 200 was 4% and for branded footwear exceeding Rs 200 it was 12.5 per cent.

Majority of the people in the state are poor and middle class who use footwear below Rs 200, for whom VAT exemption was useful as it had been to footwear sellers. Besides, the VAT had acted as a hardship for manufacturers to fix the rate of the product below Rs 200. But, the GST erased the Lakshman Rekha which helped fix the rate beyond Rs 200 without any hindrance.

Besides, the VAT had imposed different taxes for unbranded and branded items. But the GST treated both as one resulting in multinational brands have started giving trouble to local manufactures producing unbranded products. After hearing, the judge ordered notice and adjourned the case.