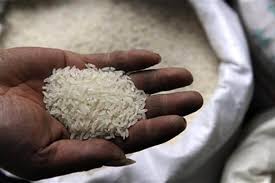 ‘No tax is levied for rice and wheat by 26 States’

The Federation of Tamil Nadu Rice Mill Owners Association and Paddy-Rice Dealers Associations on Sunday appealed to the Central and State Governments to exempt rice from GST and market cess.

Talking to media persons, Association State president T. Thulasingam said that no tax was levied for rice and wheat by 26 States in the country so far. Now, the Centre imposed GST for rice sold with a brand name. To avail the exemption, the rice mill owners had to abandon their trade mark. Now, they have been selling rice in bags with registered or unregistered brand names locally to establish their quality and standard first time since independence.

The Centre should not compare us with Basmati rice manufacturers, who were marketing their produces in the country and abroad.

Abandoning the brand name was almost equal to losing their traditional identity, he said.

Collecting marketing cess by the State government was another setback to the industry. Earlier, the government collected cess only for the paddy procured through the agri-marketing committee. Now, the officials started collecting cess for the rice procured even in the open market in order to achieve their target. It was unjustifiable. The officials imposed marketing fee for the rice procured from other States also. The practice should be stopped, he said.

The rice mill owners also demanded that capacity of low tension service should be raised to 150 KW from 112 KW.