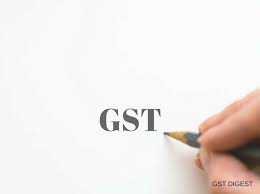 ERODE: Makkal Needhi Maiam leader Kamal Haassancontinued his tirade against the Central government policies for the second consecutive day on Sunday, saying demonetisation was not done “properly”.
Talking to reporters here during his two-day visit to the Gounder belt, which is also CM Edappadi K Palaniswami’s turf, the actor said the Goods and Services Tax (GST) should be thrown into the ‘bucket’.

“The new tax regime has badly hit many industrial sectors and a large cross-section of people,” he said.

The actor also said there was nothing wrong in Tamil MPs putting in their papers over Cauvery Management Board issue.
Amid the raging controversy over BJP leader H Raja’s disparaging social media post against Periyar, Kamal arrived at the press meet hall only after visiting the DK founder’s birth place in Erode town. “It’s like visiting my father’s house. And it is not my first ever visit to Periyar’s birthplace,” he said.
Kamal also said Periyar wouldn’t have allowed statue culture, if he were alive today.

Asked about the political scenario of the state, the Haasan said the law and order situation has deteriorated and he was saddened about increasing attacks against women. “People of Tamil Nadu are looking for a change. And they are hopeful that I would bring that change,” the actor said.