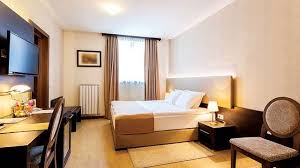 The tariff of hotel rooms keep on changing during peak season and off-season and so the GST should be charged accordingly, local hoteliers have demanded from the local commissioner of Central Excise and GST. They have opposed the prevailing formula where GST is charged as per the maximum tariff.

As per GST the ‘declared tariff’ will apply while deciding the rate of GST, meaning that the maximum tariff cha-rged will apply. It means that if a room has been rented for Rs8,000 during peak season, 28% of GST will apply for the same room throughout the year, even in off season when the room was rented for Rs6,000. Hoteliers say that such a norm is creating tensions with the customers.

“They feel that we are charging higher GST of 28% instead of 18%. Such verbal duels are a normal affair now. We want to get rid of it,” said Sanat Relia, president of Southern Gujarat Hotel and Restaurant Association. He contrasted the situation in airline sector where tax is ch-arged based on cost of ticket. The situation in airline sector and hospitality is identical.

“We both have dynamic tariffs. But the GST in case of the hospitality sector is based on declared tariff, which is the highest rate charged to a customer. We have to either lose a customer of pay additional tax if the room is rented at lower tariff. In any case hoteliers are at a loss. We have repeatedly asked the government to charge tax on the actual value of the transaction, whether it is peak season or off-season,” Relia told DNA.