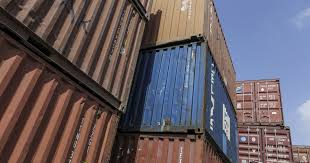 The government has so far sanctioned more than Rs 10,000 crore in refunds to exporters for Integrated Goods and Services Tax paid by them, the Central Bureau of Excise and Customs said.

The CBEC received claims for refunds of about Rs 17,000 crore, but some of them couldn’t be processed due to errors made by exporters, a government official later told BloombergQuint requesting anonymity.

There is a mismatch in the invoice number, taxable value and the amount of IGST paid mentioned in shipping invoices versus GST returns filed by exporters, CBEC had said in an earlier notification. Errors also include incorrect shipping bill and GST identification numbers. Since claims of exporters were not being processed due to this mismatch, CBEC had decided to manually match GST invoices and shipping bills filed till Dec. 31, 2017 to expedite refunds.

Even after refunds being manually processed, the pace of disbursement is still slow, PK Shah, board member of engineering exports body EEPC India, told BloombergQuint. The government should look at using the system for duty drawback mechanism, in which the amount of duty paid gets automatically credited based on the shipping bill, he suggested.

Exporters have the option to pay IGST on exports and claim a refund. Or, they can claim a refund for the taxes paid on inputs without paying tax at the time of export.

CBEC organised an initiative to sanction refunds of exporters in the fortnight to March 29 across the country. In some relief for exporters, the GST Council had decided to continue tax incentives given to exporters for another six months in its March 10 meeting.