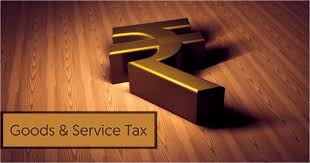 Municipal authorities at Ludhiana, Jalandhar, Abohar, Amritsar stated that they do not have enough funds to pay salaries of the employees.

With the government not sharing GST share with Municipal corporations and councils on time, several of them in the state are facing a fund crunch that has hit disbursement of salaries. While most corporations are yet to pay salaries of the month of February, Abohar Municipal Council hasn’t paid its employees since December, 2017.

Municipal authorities at Ludhiana, Jalandhar, Abohar, Amritsar stated that they do not have enough funds to pay salaries of the employees.

On Tuesday, clerical started a dharna in Abohar demanding salaries pending since December, while Class 4 employees joined them from Friday.

Mangat Ram Verma, regional president of Punjab Municipal Workers Association, said, “We have not been paid salaries since December and delay in getting GST share is being given the reason. However, Rs 75 lakh is standing in the books of Abohar Municipal Committee, so why cannot we be paid from that amount. It is really painful that officer cadre took their salaries for the month of December, while are are yet to receive.”

Ludhiana being the biggest Municipal Corporation of Punjab has outstanding Rs 110 crore which has to come to it as part of GST. There are around 25,000 employees in Class 3 and 4 cadre in Ludhiana MC. Their salary for the month of February is outstanding. “Even for the month of January, salary was given in the last week of February,” said Vijay Danav, union leader of Municipal Karamchari Dal.

Jaskaran Singh, Municipal Commissioner, Ludhiana, said, “Since July, we are facing a fund crunch post GST implementation as the part of GST, which is to be given to Municipal Corporations, is not coming in time. Our Rs 110 crore is outstanding. Earlier, it used to be VAT and we used to give salaries from this part only and hence a delay is being observed.”

Dr Basant Garg, Commissioner, Jalandhar Municipal Corporation, too gave similar reason as he said, “We are generating revenue from other sources so as to disburse salaries of employees. Our budget for monthly salaries is Rs 13.5 crore.”

Delay in GST revenue is the main cause of delay in disbursement of salaries, confirmed by Gurpreet Singh Khaira, Municipal Corporation Commissioner, Patiala. He said, “Our nearly Rs 4 crore is outstanding because of which our cycle of disbursing salaries has been disturbed. It gets delayed by 15-20 days.”

Sonali Giri, Municipal Corporation Commissioner, Amritsar also admitted that there was problem and said,”We are giving salaries in parts because of shortage of funds.”

Although no one was available for comments in Bathinda, information revealed that delay in disbursement of salaries was even an issue in Bathinda Municipal Corporation.