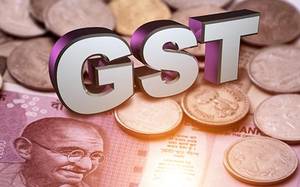 Responding to exporters’ complaints that field officers were arbitrarily demanding documents for processing Goods and Services Tax (GST) refund claims, which was leading to rejection of several applications, the Centre has decided to notify a standardised list of documents that all officers will have to stick to while processing claims.

“The Revenue Department has agreed to come up with a specific list of documents so that exporters know what papers to produce while claiming refunds and can’t be harassed for more,” a government official told BusinessLine.

The standardised list will be circulated to all field offices and States and it would be made clear to all that no document beyond what is mentioned in the list could be demanded from exporters, the official added.

The Commerce Ministry has been raising the issue of standardised documents with the Department of Revenue for long following complaints made by exporters that their GST refund claim applications were being rejected as field officers were asking them to produce documents in an arbitrary manner, many of which were not even mentioned in the GST rules.

The documents being demanded include export realisation certificates, which take a long time to produce.

“We are hoping that the standardised list of documents would be notified soon so that the uncertainty for exporters is over at the earliest,” the official said.

According to exporters, so far less than one-third of their GST and Integrated GST (IGST) claims have been processed. As per estimates, about ₹20,000 crore is stuck on account of delay in refund of duty claims under the new indirect tax regime. Under GST, which was launched on July 1 last year, exporters have to pay IGST for exports, which are then refunded.

Exporters are also disappointed over the postponement of the date of implementation for the e-wallet scheme that was supposed to take care of their refund woes.

Under the scheme, the government will credit a notional amount in an exporters’ e-wallet based on the preceding year’s exports and an average GST rate from which money would be debited when the IGST gets paid and credited again when the proof of export is given.

While the Finance Ministry had initially planned to operationalise it on April 1, things have been delayed by six months and the new deadline now is October 1.