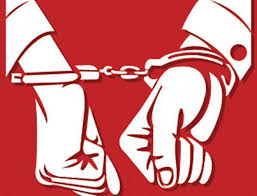 PUNE: The state anti-corruption bureau (ACB) on Wednesday arrested a class-I officer of the goods and services tax (GST) department for allegedly demanding and accepting Rs 30,000 bribe from a government contractor for not taking action against the latter in a case of payment of a lesser value added tax for works executed in 2013.
A team headed by superintendent of police (ACB, Pune) Sandeep Diwan and assistant commissioner Jagdish Satav nabbed assistant commissioner (GST) Prasad Purushottam Patil red-handed while accepting the bribe on the premises of the GST office canteen.

Satav told TOI that the government contractor had constructed a compound wall of a firing range located in Wanowrie. The Pune Municipal Corporation (PMC) had given the contract to him.

According to the ACB, the contractor paid 5% VAT as per the government rules at that time for the work that he had executed. In 2013-14, the office of issued a notice to the contractor stating that he was supposed to pay 8% VAT instead of 5%.

However, according to the government rules, the contractor needed to pay only 5% VAT for a government work executed. This was fulfilled by the contractor, ACB said. Adhering to the notice, the GST office asked him to pay the fine of Rs 6.35 lakh with interest of Rs 5 lakh and other fees. The total amount calculated by the GST office was Rs 17 lakh.

In order to settle this amount ‘at mutual understanding’ and the officer demanded bribe of Rs 50,000. When government rule was shown to him by the contractor, the officer asked for Rs 35,000 and finally settled down for Rs 30,000. But the contractor informed ACB about this and trap was laid down. Patil walked into the trap.