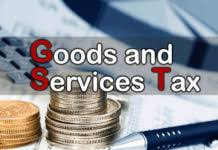 The Gujarat High Court has issued notices to the Centre as well as the state government on a petition challenging the constitutional validity of the Gujarat GST Act with regard to some restrictions on firms in claiming input tax credit under the new regime. A division bench of justices Akil Kureshi and B N Karia issued notices last Tuesday, seeking replies from the GST Council, the Centre and the Gujarat government on the petition filed by city company Willowood Chemicals Pvt Ltd.

The GST Council, the apex decision-making body for the Goods and Services Tax, is headed by the Union finance minister and comprises state finance ministers as members. The bench will next hear the matter on April 19. Challenging the constitutional validity of section 140(3) of the Gujarat GST Act, the petitioner submitted the Act has imposed certain restrictions on firms “for taking input tax credit on taxes already paid under the (previous) Value-Added Tax (VAT) Act” in case of non-submission of forms in time.

The petitioner’s lawyers submitted that the input tax credit already earned under the Gujarat VAT Act, which was in force before the GST Act was implemented, was allowed to be retained and utilised for payment of VAT or Central Sales Tax (CST). The petition said neither under the state VAT Act nor the CST Act, “there is any provision to deny input tax credit in case of failure to furnish statutory declaration”.

It was also submitted that when a firm is already liable to pay differential tax, interest and penalty for non- submission of various forms, it is “arbitrary and confiscatory” to not to carry forward input tax credit for not submitting forms. “In the disguise of Section 140(1) of the Gujarat GST Act, the government is adjusting future liability against current credit”, the petitioner told the HC.

Further, the court was told that section 140(1) of the Gujarat GST Act is ultra vires (beyond one’s legal power or authority) to Article 279A of the Constitution.

The article provides for constitution of the GST Council to decide on the rate of tax under the new tax regime. “Article 279A does not empower the GST Council to make recommendation for adjustment of a tax liability which may arise in future under the CST Act, a central Act, against an acquired right given under the VAT Act, a state Act,” the petitioner submitted.