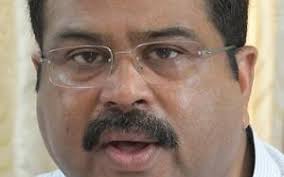 A consensus is being arrived at among States on the issue of bringing petroleum products under the ambit of the Goods and Services Tax (GST), according to Dharmendra Pradhan, Petroleum Minister.

An early decision on bringing the petroleum products under the GST would be ‘better’ both for consumers and oil companies, Mr. Pradhan told the media here on Sunday. Soon there would be a consensus, he said.

The Minister said that initially States were apprehensive about economic returns if the petroleum products were brought under the GST. “We have to pursue the matter with the GST Council now,” he said.

Mr. Pradhan also disclosed that Mangalore Refinery and Petrochemicals Ltd. (MRPL) would start producing BS-VI diesel by March, 2019 and the BS-VI petrolby December, 2019.The Minister said the entire country would have BS VI fuel by April, 2020.

He said the merger beween MRPL and ONGC Mangalore Petrochemicals Ltd (OMPL) was in the final stage. “With this merger, MRPL is going for a mega expansion plan,” he said, adding the investment scope of the expansion is around ₹70,000 crore. When the merger is completed and with the expansion plan, the processing capacity of MRPL is set to go up from the present 15 million metric tonnes per annum (MMTPA) to 25 MMTPA.”

Now the focus of the refinery is on the production of petrol, diesel and liquefied natural gas (LPG) and aviation turbine fuel (ATF). With the expansion, it would also be tilted towards production of petrochemical products. It would give scope for the setting up of ancillary units creating more employment opportunities and bringing additional revenue to the State.

Work related to land acquisition, technology selection and financial assessment were being carried out on a war footing. MRPL would start the expansion during the calendar year itself, he said

Mr. Pradhan said that MRPL received crude from North America, Latin America, Iran, Iraq and different parts of West Asia. The refinery has the capacity to process all kinds of crude, he said.

The Minister said that since the National Democratic Alliance government came to power four years ago the domestic cooking gas connections in Karnataka has gone up from 58% to 89% from 2014.