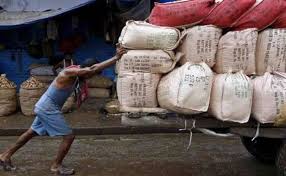 The number of returns filed each month is limited to 70 lakh, though the number of taxpayers registered with the GSTN is over one crore.

The first day of February was a special in the history of India. No, it had nothing to do with Modi government’s last Budget, but still everything to do with Modi government. This was the day when India, world’s third-largest economy, took its first step towards turning itself into a common market within its boundaries by liberating interstate trade from all sorts of obstructions.

Despite an all-round failure of the big-bang Goods and Services Tax, the business community was more eager to generate its first e-way billfrom the indolent GST network, than listening to the last Budget speech of finance minister Arun Jaitley under current regime. The e-way bill, meant to promote a seamless and digitally-charged movement of goods across the nation, was supposed to be the most essential and far-reaching reform under GST, whether or not it ended up being one. Under this system, every transporter was supposed to carry a system-generated bill to move goods from one place to another where the consignment value exceeds the threshold limit of Rs 50,000.

On February 1, the struggle to dig out the first e-way bill from the slothful GST network and FM’s budget speech had started in tandem and by the time the speech ended, the GST network had crumbled. Some states announced postponing the implementation of GST e-way bill. As the afternoon approached and Budget boxing started in TV studios, the pious GST Council tweeted saying the implementation of the e-way bill was being postponed indefinitely due to technical snags.

And this is how the last and final hope for India’s most promising reform turned into dust.

1) All the hoopla around Digital India failed to help build a credible computer network for the implementation of GST. Leave aside Infosys-managed GSTN, the venerated NIC also failed to provide a dependable network for e-way bill capable of processing 7-8 lakh bills per day.

2) Thus the great GST Council decided to introduce e-way bill for inter-state movement of goods across the country from April 1, 2018. Intrastate date is to be decided subsequently in a phased manner but not beyond June 1, 2018.

3) In its last effort to make e-way bill operational, the GST council offered bulk concessions to reduce traffic on the network.

However, GSTwallahs are still not sure about the April 1 implementation.

So where do we stand after eight months of GST rollout:

GST has now become a sorry tale of massive tax evasion. Thanks to creaky GSTN and political rollbacks, GST became a sanctuary for tax evaders right before the Gujarat election. In last September, a politically nervous government had effectively let 95 per cent traders stay out of GST’s regular monitoring net by offering them windows of return filing once in three months (against three in one month) and a benevolent composition scheme. The initial figures of registration under GST were encouraging for government as number of taxpayers had grown by 50 per cent. However, this has failed to reflect in revenue generation.

The number of returns filed each month is still limited to 70 lakh, though the number of taxpayers registered with the GSTN has crossed one crore. Out of over one crore registered taxpayers, around 18 lakh are under composition scheme, who have to file quarterly returns.

For GST bosses, non-filers are not the only pain. The latest data of GST returns shows 84 per cent of initial GST returns filed for July-December doesn’t match the final returns. Mismatch of Rs 34,000 crore tax liabilities reported in GSTR-1 and GSTR-3B is an indicator of risk of massive “evasion” under GST.

The fact of the matter is that under the existing set-up, GST has no mechanism to check the evasion even at the basic level. The e-way bill was intended to track movements of goods, tackle tax evasion which are un-invoicing in nature ie the goods moving beyond the radar of GST system. GST administration has to implement more rigorous measures to tackle the menace of tax evasion through under-invoicing.

GST has now turned into the scariest fault line for both the Union and state budgets. As per a research paper by the National Institute of Public Finance and Policy, the monthly revenue from GST is expected to cross Rs 109,616 crore during 2017-18, gap in monthly GST collection will vary between Rs 19,616 crore and Rs 29,616 crore if monthly revenue collection varies from Rs 90,000 crore to Rs 80,000 Crore. This shows there is a considerable shortfall in GST revenue collection.

The GST revenue shortfall has decisively toppled the Centre and states’ fiscal applecart. The Centre was forced to compensate states to the tune of Rs 60,000 crore for July to March in FY18. The federal budget is expected to gorge out Rs 90,000 crore further in FY19 in order to reimburse loses incurred by states on account of GST.

GST’s debacle has made Modi government’s last Budget a heavily taxing affair. Owing to the revenue constraints, Budget 2018 unleashed record taxation of over Rs 90,000 crore in the form of capital gains tax, increase in customs duty, cess and surcharge.

The consistent fall in revenue collection has made states reluctant to move to the next phase of reforms such as inclusion of petroleum products and real estate in the GST.

GST’s rollback may have saved the day for BJP in Gujarat but it has now turned into the biggest quandary for government. The finance minister, in his post-Budget interviews said strict enforcement would be required to shore up revenues to the tune of Rs 1 lakh crore per month.

Undoubtedly, GST authorities are sitting on a pile of valuable data. However, in order to restore GST, the field formations have to unleash a drive against businesses, especially traders. The BJP, which had burnt its fingers in Gujarat elections, is not in a position to take the risk of annoying traders before the 2019 elections.

Realties are catching up. After going ga-ga over GST, the World Bank, in its latest report, conceded to the fact that “GST is one of the most complex taxes with the second highest tax rate in the world among a sample of 115 countries which have a similar indirect tax system.”

Prime Minister’s Economic Advisory Council chairperson Bibek Debroy thinks that implementation of GST is a process which would take more than 10 years to settle down.

Eight months after its second tryst with destiny, India has arrived at a point where government has left no stones unturned in taxing the people. Consumers are also paying tax diligently. However, whether the businesses would pay that tax back to the government would be known only after our political masters become comfortable with their electoral reckoning.

Undoubtedly, this is not the GST we wished for.