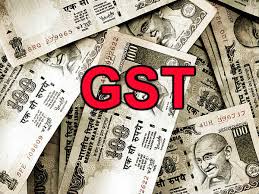 The Gujarat High Court has issued notices to the Centre, the GST Council, GST network and the state of Gujarat on a petition moved by a Vadodara-based company and its shareholder urging that certain provisions of the Gujarat GST Act and the Central GST Act be declared unconstitutional and ultra vires in as much as it denies transitional credit. A bench of Justice Akil Kureshi and Justice BN Karia issued notices on a petition moved by Willowood Chemicals Pvt ltd and its shareholder Parikshit Mundhra challenging the constitutional validity and vires of Rule 117 of the Gujarat Goods and Services Tax Rules, 2017 and Form GST Tran-1 issued in relation thereto vis-à-vis sections 140(3) and 164 of the Central Goods and Services Tax Act, 2017.

Petitioners’ counsel Nipun Singhvi and Vishal Dave argued against the disallowance of carrying forward of acquired accrued/acquired right of input tax credit under the VAT Act even before assessment under the Central Sales Tax Act, 1956, saying the  same is wholly arbitrary and confiscatory. The petitioners stated that in terms of Section 140(3) of the Central GST Act, they are entitled to CENVAT credit amounting to Rs. 67,31,259 as an unregistered person under the existing law in respect of inputs held in stock and fully meet all conditions set out under Section 140(3) of the Central GST Act. The petitioners also submitted before the court that being a registered person under the Gujarat Value Added Tax Act, 2003, and also under the Gujarat GST Act, they are entitled to take credit of the amount of Value Added Tax etc., available with them on the day preceding the appointed day as per the last return filed under the Gujarat Value Added Tax Act, 2003 and the said credit is to be allowed in the electronic credit ledger of the petitioners maintained with the GSTN portal The petitioners go on to add that in compliance of the provisions of Rule 117 of the Central Rules, dated 27-12-2017, they attempted to upload the Form GST Tran-1 in the GSTN portal, however, inspite of their best effort and due diligence, they could not upload the same due to technical glitches on the GSTN portal. They further submitted that “while uploading GST Tran-1 form on the GSTN portal, an error was being shown if differential tax liability towards pending statutory declaration in Form C/F/H/I under the Central Sales Tax Act, 1956 exceeded Input Tax Credit of VAT being carried forward in terms of Section 140(1) of the Gujarat GST Act. Having no option available with them to lodge their claim of input credit under Rule 117 of the Central Rules/Gujarat Rules, forthwith approached the jurisdictional GST authorities with a physical copy of the GST Tran 1 dully filled in all respect claiming input credit of Rs.7,07,530/- and to CENVAT credit amounting to Rs.67,31,259/. However, the said authorities declined to accept the same on the ground that under the GST laws, they do not have any jurisdiction to accept any physical copies of GST Tran 1”.

They said taxing the same property for the same period would be double taxation, which would result in unjust enrichment of the government.