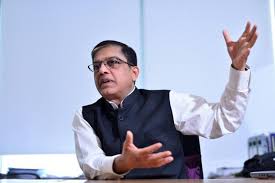 GSTN CEO Prakash Kumar on GSTN glitches, steps it has taken to protect taxpayer information and for GST e-way bill rollout from 1 April 2019

New Delhi: Goods and services tax network (GSTN), the information technology backbone of the new indirect tax regime, completes five years on 28 March. In an interview, Prakash Kumar, its chief executive officer, talks about the challenges GSTN faces, the criticism it has encountered for technological glitches, the steps it has taken to protect taxpayer information as well as ensure a successful GST e-way bill rollout from 1 April.

How challenging has the task of creating the tax network for GST been?

It has been quite challenging. The company was incorporated in 2013 and the initial years were spent in staffing and hiring the technology provider. Though we picked Infosys in 2015, the work started in earnest only after the draft GST law was released in June 2016. We prepared all our systems based on this draft law. But in March 2017, the laws were modified in a big way. That was a big setback for us. We had to reorient a lot of things and make a lot of changes. We had initially designed one registration form for all taxpayers irrespective of whether they are composition dealers or inter-state dealers. But now we have separate forms. Similar was the case for return forms where major changes were made quite late. This forced us to release the forms in a phased manner.

The GST Council is again considering changing the return forms. Do you think this time around it will be a smooth process?

We have suggested to the government that we should be given sufficient time to develop, test and then make them available to everyone. This will ensure that when they start using the system, there will be no surprises. I hope this happens. It is the entire ecosystem which has to make the changes including the accountant software companies, GSPs (GST suvidha providers) and the taxpayers. They also have to be given time.

What are the key learnings?

We knew that for any software development, one has to give sufficient time between the development process and implementation. But unfortunately, we had time pressure. Because the Constitution was amended, the government had to bring in GST before September 2017.

Ideally, the GST laws should have been brought in earlier. But one has to appreciate that the centre and the states were abdicating their taxation rights. So it was bound to take time.

I do not think it is a issue. We have got the flexibility to hire people with technical expertise at market salaries. We bring in neutrality as well as the expertise to handle this kind of a big information technology project.

Are there enough safeguards to protect confidentiality of data?

Are you prepared for the rollout of the GST e-way bill the second time around?

We have made a lot of changes. NIC (National Informatics Centre) has upgraded the infrastructure. We have tested the system for the number of e-way bills that can be generated. We have prepared the system for 75 lakh e-way bills daily as against 26 lakh before. We have also decided to first start with inter-state e-way bills from 1 April and then move to intra-state later. You cannot estimate intra-state volumes. So that is why we have sought a staggered rollout for intra-state bringing in only 4-5 states in one go.