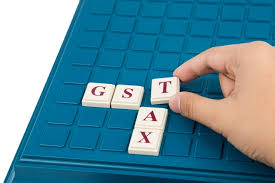 The Central Board of Excise and Customs (CBEC) has extended the GST ‘Refund Fortnight’ by three days to facilitate the sanction of refunds to exporters.

The Central Board of Excise and Customs (CBEC) has extended the GST ‘Refund Fortnight’ by three days to facilitate the sanction of refunds to exporters. The CBEC will also keep open all Customs field formations on March 29, 30 and 31 even as they are public holidays.

“The government is keen to ensure that all the exporters get their refunds sanctioned at the earliest and, therefore, requests the exporters to avail this opportunity to settle their refund claims if not done as yet,” CBEC said in a statement.

The CBEC had launched Refund Sanction Fortnight from March 15 to March 29 pan-India to expedite the process of refunds to exporters who were facing liquidity issues due to the delay. The Refund Fortnight was launched to ensure that “maximum number of pending refund claims are settled”. Exporters have been facing a lot of issues due to the delay in GST refunds and it could have had an impact on India’s exports as well.

In the last GST Council meeting on March 10, the date for the tax exemption to exporters was extended by six months. CBEC Chairperson Vanaja Sarna had said that the government is aiming to clear the refunds to exporters by March 31.

Last week, CBEC had held a meeting with leading industry and export bodies to discuss on how to clear the pending dues. The Centre and states have sanctioned more than Rs 10,000 crore as GST refunds to exporters.