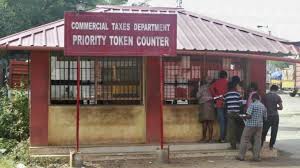 While the total collection under GST is stagnating to trending down, the total filing has also not shown any significant improvement

It’s become almost commonplace for vendors across the country to offer an “exemption” from GST for small cash transactions. In other words, as long as he is content with a hand-written “kachcha” receipt, the buyer gets a neat discount to one who insists on a proper bill. (In the case of a good valued at Rs 100, the discount is 15%, because he pays Rs 100 instead of the Rs 118 that includes Rs 18 of GST). As long as such an opt-out exists, bringing the informal sector fully into the tax net will remain a pipe-dream.

Such anomalies and other problems may be the reason the GST collection picture is more subdued than what economic indicators would have led one to expect. Over a period, the GST back end issues along with other technical glitches have been addressed, and the rate structure rationalised. Overall compliance should have improved, but the data suggests otherwise.

While the total collection under GST is stagnating to trending down, the total filing has also not shown any significant improvement.

As is common knowledge, if the collection doesn’t pick up, it could have repercussions on the fiscal deficit, government borrowing, and interest rates.

The estimated GST collection for FY19 under CGST and IGST together is budgeted at Rs 6,53,900 crore – translating to a monthly asking rate of Rs 54,492 crore, as against the current monthly run rate of Rs 46,116 crore. Unless this data point shows visible signs of improvement in the coming months, the credibility of the projected fiscal numbers of FY19 will be put to test.

What has gone wrong?

The moot question remains: What has gone wrong, and what can reverse this disturbing trend? It is compliance. While, theoretically speaking, the introduction of E Way Bills, simplification of the filing process etc. can go a long way in improving compliance, these are at best partial solutions.

India has a large cash-based economy and a large part of this only-cash economy has no direct relation with big businesses or the so-called formal sector. It is therefore not uncommon these days to find smaller service provides (like an entity providing catering service) accepting only a part of the billed amount in cheque (on which GST is paid) and the remaining getting settled by cash. The cash component doesn’t get reported and perhaps is paid to vendors who are not registered under GST (because of their size) and are still comfortable with pure cash dealings.

It wouldn’t be too wrong to conclude that as against the initial apprehension of GST being inflationary (due to a large unorganised sector coming under the tax net), the impact has been quite benign.

Along with rationalisation of the rates (that has already happened in several goods), a gradual migration to a more cash-less economy (not a knee jerk experiment like demonetisation) where digital transactions dominate could help in realising the dream of greater compliance under GST. Or else, like with direct tax counterpart where only large businesses and tax payers bear the lion’s share of the burden, GST too, will depend on the big boys turning up to play.