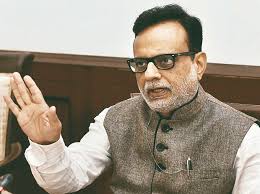 The Insurance Regulatory and Development Authority of India (IRDAI) in a circular on Wednesday has informed all insurers that the Goods and Services Tax (GST) Council in its 25th meeting, has chosen to exempt reinsurance schemes from the purview of the tax network.

The proposal to exempt reinsurance schemes was recommended by the Fitment Committee and was approved by the GST Council on January 18. The Council has prescribed that any benefit from the reduction in premium on such insurance schemes, must be passed on to the beneficiaries, as well as State and Central exchequers.

Hasmukh Adhia, Finance Secretary at the Ministry of Finance, states that the “the fact that no GST is payable on the insurance premium in such schemes” but that a GST was applied on the reinsurance for such schemes led the council to accept the proposal to exempt the re-insurance, for specific insurance schemes.

The GST charged on re-insurance would be included in the premium charged by the companies, which is paid not only by regular customers but also by the Central and State Governments.

Suitable action will be taken against the insurer, if the reduction in premium is not passed onto the insured or Government, with the National Anti-Profiteering Authority under Section 171 of the Central Goods and Services Tax, Act, Adhia’s letter states.