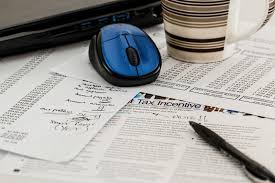 In the pursuit of curbing tax evasions under the recently implemented Goods and Service Tax, the Government of India has set out anti-profiteering rules for enterprises. The Anti-Profiteering Authority and its rule, therefore, acts as a watchdog to assure customers the benefits of reduced tax rates. Consumers are entitled to complain against economic malpractices, and this standing committee is accountable to them. Recently, the Finance Ministry simplified the Anti-Profiteering Application Form to make it convenient for the consumer to express their dissatisfactions. “The interest of consumers under GST is protected by Anti Profiteering Authority. Affected consumers can file their grievance using Anti Profiteering Application Form (APAF-1) available at https://goo.gl/VPhCsW which has been simplified and mad c e more convenient to use,” the Central Board of Excise and Customs (CBEC) tweeted on March 27, 2018.

Easing the mechanism for consumers

Even though the original form was only a one-page document, it had 44 columns to be filled in by the consumer. The columns required detailed information and half of them were mandatory to be filled. The restructured form has only 16 columns, 12 out of which are mandatory. Details of the complainant (consumer) such as name, address, proof of identity are required along with the name and address of the supplier of the good or service. He or she also has to state the MRP of the good/service pre and post GST along with the copies of invoice or price list to prove that the benefits of tax rate reduction or benefits of input tax credit have not been passed on to consumers. In the earlier form, details of pre-GST rates of value added tax, excise duty, luxury tax, service tax charged by the profiteering firm had to be provided by the complainant. This simplification of the form, thus, enables the common man to apply without the help of an accountant.

Once the form is filled, complaints, that usually are local in nature, sent to the state-level screening committee. Those of national level are sent to the Standing Committee. If the complaints are legitimate, the committees refer the cases to the Directorate General of Safeguards (DGS). The DSG then submits a report and it is scrutinized by the Anti-Profiteering Authority. Further action may be taken against the firm like the cancellation of registration or extreme penalty.

Implications of the move

The Anti-Profiteering rules arise due to lessons learned from other countries who implemented the GST. For example, Singapore witnessed an inflationary pressure over its economy when it introduced the GST in 1994. Therefore, its imperative for the Indian administration to run a system of checks and balances to protect its economy. The simplification of the form not only invites more involvement of the consumers but also seeks to bring about symmetry in information in consumer preferences. As a result, it should curb price swindling at a retail level. This is another step towards stabilizing the economy, given the slowdowns it has seen due to the GST as well as the demonetization.