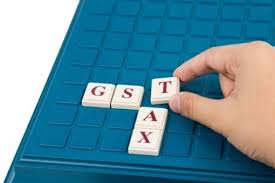 The GST Council should move expeditiously to simplify the GST structure as well as its administrative details before it is too late.

Even after nine months of unveiling the GST, the system continues to be unsettled, and there is a palpable sense of uneasiness among the governments as well as businesses. The “good and simple tax” has ceased to be so, and the “one nation, one tax” is yet to materialise in proper shape. The revenue collections have not been according to expectations and the governments are worried on that front. The central government is seriously concerned with the issue not only because it poses serious difficulties in conforming to even the revised estimate of fiscal deficit, but also because it has to give generous compensation to the states for a shortfall in revenues. Although the states are not immediately concerned on this front, as the Centre has promised to give compensation for the loss of revenue computed at 14% increase over the previous year’s collection of the taxes included in the levy, there are long-term concerns that matter. Furthermore, it has not been possible to apportion the IGST, as it has not been possible to finalise the returns and the ad hoc allocations have not helped many state governments to overcome their liquidity problems. Businesses are seriously concerned about the complication in the structure, the high-compliance cost it has imposed on them and the fear of e-way bills. Exporters are faced with the serious problem of not getting refunds on the tax paid due to the difficulty in finalising the returns.

The GST was unveiled with much fanfare, and in retrospect, it is difficult to justify the hype when it was introduced. The reform was hailed by the government as a “game changer” and “reform of the Century” launched on the midnight of June 30. Nehru had once spoken about “tryst with destiny” of redeeming the pledge and referred to India waking up to life and freedom when the whole world slept. The trade and industry bodies simply acted like cheerleaders even as the government unveiled the highly complicated tax structure with low threshold, four different tax rates (excluding a low rate on precious metals) in addition to exemption and complicated system to deal with inter-state transactions to make it destination-based and the unprepared technology platform. Now, they face a different “tryst with destiny”, the one they hadn’t hoped for. Thanks to the Gujarat elections and faced with disaffection, the government tweaked the structure to enhance the threshold for compounding, and submission of monthly returns and many items were transferred from 28% rate category to 18%. Despite these, the GST we have in the country is perhaps the most complicated. To be sure, the GST is an important reform, and considered to be a major money spinner. Hence, over the last 60 years, as many as 165 countries have adopted the tax in one form or another, and of these ,only five countries (Belize, Ghana, Grenada, Malta and Vietnam) repealed it, but reintroduced it later. Due to its self-enforcing nature, the tax is supposed to improve voluntary compliance and as the GST registration numbers are matched with income tax numbers, it is supposed to improve the income tax revenues as well. Most countries levy the tax at one or two rates, besides a small list of exempted items. Most of the countries levy the tax at the central level.

There are only three exceptions to having GST at two levels and these are Canada, European Union and Brazil. Sijbren Cnossen characterises these experiences as “the good, the bad and the ugly”. Canadian GST has worked well, levied at one rate each by Federal and Provincial governments, except Alberta where levying GST is politically difficult, as the province gets enough money from oil. In the European Union, except Denmark, all other countries have two rates or more, and their average rate varies from 15 to 25%, with a mean of 19.4%. Brazilian GST is complicated, and even the Central GST rates vary between different states. India’s GST is no less complicated. The most important objective of tax reform is to reduce the three costs—administrative cost, compliance cost and the distortion cost. It is important for the government to immediately start the process of simplification in both structure and operational details, lest we start blaming the GST for the ills of the poor design of reform.

The first important issue is the threshold. The GST Council seems to have mechanically taken the prevailing threshold of VAT systems in states and fixed it at `20 lakh for the general category states and `10 lakh for special category states. A close perusal of interesting analysis of GST returns in the Economic Survey this year is revealing. It is seen that the share of the number of returns of businesses with more than `5 crore monthly turnover (medium and large enterprises) is less than 10%, but their share in the tax liability was 84.2%. If small and micro enterprises (turnover of more than Rs 1.5 crore) are also included, they constitute 31.8% of the returns, but account for 94.7% of the tax liability. These are monthly turnovers and the government could have enormously reduced the administrative burden by keeping the annual threshold at Rs 50 lakh. This could have made the erection of technology platform also manageable. Richard Bird and Piere-Pascal Gendron (Value Added Taxes in developing and Transitional Countries, Cambridge University Press), after reviewing the experience of many developing countries, suggest a thumb rule of $100,000 as the threshold; and `50 lakh in the Indian context could have helped to manage the system better. It would be useful for the GST Council to do some analysis of the turnover-range-wise tax paid and rework the threshold.

The second area where the GST Council will have to move quickly is to reduce the number of rates. There is no case for having a separate rate for the so-called super-luxury items at 28%. While it may be true that these are consumed predominantly by the super-rich, there is no exercise estimating their employment intensity. It makes no sense to increase the number of rates and complicate the structure. It is also useful to merge the 12 and 18% categories into a 15/16% rate and adopt one rate of cess on all items. This will greatly simplify the structure of the tax.

With simplified structure, the technology platform will be manageable. Nevertheless, requiring the taxpayers to file three monthly returns would increase the compliance burden. The ideal process should be to ask the taxpayers to make monthly payments and submit quarterly returns, giving the details of both taxable purchases and sales and the input tax credit availed. It may even be not necessary to match every credit invoice for those with turnover up to `5 crore, and random scrutiny with stringent punishment for wrong reporting could be put in place.

The GST Council will have to move expeditiously to simplify the GST structure as well as its administrative details before it is too late. Hopefully, we will not give GST the bad name and hang it for our own mistakes. If indeed our objective is to have a “good and simple tax” with high revenue productivity, the time for action is now.