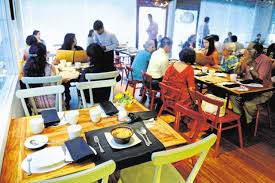 Bengaluru: Restaurant chains are either dialling down expansion plans or putting them on hold as they grapple with the removal of input tax credit under the revised goods and services tax (GST) norms.

Specialty Restaurants Ltd, which runs the Mainland China and Oh! Calcutta chains, has cut capital expenditure plans to about Rs40 crore in 3-4 years from earlier plans of Rs100 crore.

TexMex Cuisine India Pvt. Ltd had originally planned to open four-to-five new outlets of its American-style bar and casual dining brand, Chili’s Grill & Bar, in 2018. Now, that’s on hold too. “For the time being, we are not opening any restaurants as we want to wait and watch whether we recover from this impact or not,” said Ashish Saxena, executive director and CEO, TexMex.

Restaurants were initially slotted under two GST slabs—a 12% rate for those without air-conditioning and 18% for those with ACs. The industry, led by representations from organizations such as the National Restaurant Association of India, had hoped the government would simply apply a standard 12% across-the-board rate.

But in a bid to prevent profiteering, the government in November decided to cut GST rates on restaurants to 5%—except those in hotels with a room tariff of over Rs7,500 and outdoor catering—and withdraw input tax credit for those in that slab.

The removal of input tax credit has led to an increase in costs of about 6-12% on average for these restaurants.  “In reality, restaurants located on high-streets—which attract a high GST rate of 18% on commercial rents—are hit the hardest with the majority seeing some amount of profit loss depending on their purchase from GST-registered suppliers. This has also forced operators to re-visit expansion plans and many have delayed plans till strong recovery signs are visible,” said Kambu Ninad, food service market analyst at research firm GlobalData.

Many restaurants have hiked prices, passing on some of the cost increase to customers. But they cannot pass on the entire cost hike to consumers overnight, especially if their input credit component was in double digits.

For Speciality Restaurants, the bottom-line impact from the removal of input tax credit is 12%, according to its founder and managing director Anjan Chatterjee. But the company has increased prices by only 3-4%.

Restaurant chains fear footfalls may decrease if they depend only on price hikes as an offset because consumers may turn to cheaper options. Many chains had a bad start to the year and things do not appear to have become any better in March.

Some expect related sectors to also take a hit.

“If we buy fresh vegetables from the market, we don’t pay GST. But if we buy (processed vegetables for instance) from a central kitchen, or a food processing unit, or a commissary, we pay 18% GST. So these become prohibitively expensive and the entire food processing industry is in real danger of being wiped out,” said Riyaaz Amlani, CEO of Impresario Entertainment and Hospitality Pvt. Ltd, which operates the Social brand of café-bars.

What worries organized chains more is that restaurants in hotels that charge more than Rs7,500 in room tariff can still claim input tax credit, even though they fall under a higher 18% GST slab.

After the November GST revisions, restaurants cannot claim credit they pay on rentals. Banking and insurance costs, which also attract GST, are two other major areas where they used to claim credit.

“The GST Council does sit every 3-4 months and our job is to keep making representations to them but it looks like they’ve already (decided) on this, and it’s already a part of the law since 15 November. Mathematically, it doesn’t hit you right away but we are seeing the tremors now. The restaurant sector is in a pretty bad shape right now and this is the new normal,” said Rahul Singh, vice-president of NRAI and founder-CEO of restaurant chain The Beer Cafe.