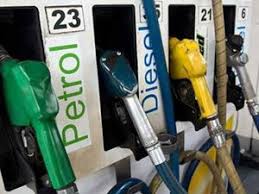 BENGALURU: Bangalore Chamber of Industry and Commerce has sought the intervention of GST Council to arrest the rising prices of petroleum products by bringing petroleum products under the GST. In the two-month span, petroleum prices have increased by Rs.15 per litre of petrol in Bangalore while it is much higher in other parts of the country, the Chamber said.

“Since it is well within the executive powers, the GST Council in its forthcoming meeting scheduled for second week of April, should bring petroleum products under the ambit of GST. In our view this is the only way out to offset the increase in prices of the petrol and diesel,” BCIC Secretary General Raju Bhatnagar said in a press release.

The BCIC, he said, has maintained that the inclusion of petroleum products under GST would result in giving the economy a boost.

Crude prices have surged recently due to the decisions by oil-producing countries to reduce the production. The incidence of taxes on petroleum products is nearly half of the retail prices, the release said.

A sharp recovery in global crude oil prices, which is up 47 percent since July 1 last year, is estimated to have expanded India’s oil import bill to $ 88 billion in 2017-18 from $70 billion in the previous year. India imports nearly 82 percent of its oil requirement, the release said.
source:https://economictimes.indiatimes.com/industry/energy/oil-gas/rise-in-prices-bcic-wants-petroleum-products-under-gst/articleshow/63593476.cms