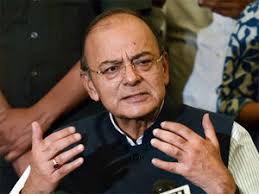 NEW DELHI: Demonetisation and the implementation of goods and services tax (GST) have helped formalise the economy, finance minister Arun Jaitley said on Tuesday, a day after data showed a sharp increase in the number of tax returns filed last fiscal year.
He also attributed the rise in filings to the efficiency of the tax department and increase in the number of honest taxpayers.

The data released by CBDT on Monday showed that 6.84 crore tax returns were filed in FY18, compared with 5.43 crore in FY17. “This historical revenue receipt is a factual testimony of accountable governance under PM Modi,” Jaitley tweeted.