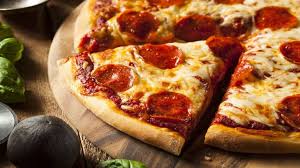 Jubilant is among the 15 companies to have got notice from DGS so far since the implementation of GST regime.

The Directorate General of Safeguards (DGS) has served a notice to Jubilant FoodWorksunder the GST anti-profiteering rules for allegedly not passing on tax reduction benefit to consumers of its Domino’s Pizza.

Jubilant is among the 15 companies to have got notice from DGS so far since the implementation of GST regime.

The standing committee had referred the matter to DGS which in turn issued notice to Jubilant seeking response on whether the benefit of GST rate cut in November last year was passed on to consumers, a source said.

“There were complaints from two consumers to the standing committee regarding over-charging by Domino’s Pizza even after the GST rate was cut to 5 percent from 18 percent,” the source told PTI.

In an e-mailed response to queries sent by PTI, Jubilant said: “We are in a silent period now, we won’t be (able) to participate in any story. In November 2017, the GST Council cut tax rates for all restaurants, except the ones located within hotels with room tariffs of Rs 7,500 and above, to 5 percent. Prior to reduction, GST was 18 percent for air-conditioned restaurants and 12 percent for non-air-conditioned restaurants.

As part of its investigation, DGS had asked the company to submit any document it wants to in order to defend its case. “Jubilant has replied to the notice in its defence. We are analysing the response and if required further queries would be raised,” the source added.

In its defence, the company had to give price list of pre and post GST reduction by Domino’s Pizza in November.

“GST rate was reduced to 5 percent, but without the benefit of input tax credit. However, the earlier 18 percent was charged with input tax credit. So DGS has to ascertain the propionate price reduction that Domino’s should have passed on to customers,” the source added.

After examining the documents, DGS gives its report to the Anti-Profiteering Authority for further action, which may include fine and extreme penalty like cancellation of registration.

DGS, entrusted with the task of investigating the cases of profiteering under GST regime, had in December, 2017, served notices to franchisee of McDonald’s family restaurant — Hardcastle Restaurant.

Besides, based on complaint filed by a departmental store, DGS also sent notices to Lifestyle International and Honda dealer. In January 2018, DGS had served notice to HUL for not passing on the benefit of tax rate cut from 28 percent to 18 percent.

As per the structure of the anti-profiteering mechanism in GST regime, complaints of local nature will be first sent to the state-level ‘screening committee’, while those of national level will be marked for the ‘standing committee’.

If the complaints have merit, the respective committees would refer the cases for further investigation to DGS. DGS is mandated to complete its investigation within 3 months, and may seek an extension of further 3 months from the standing committee.