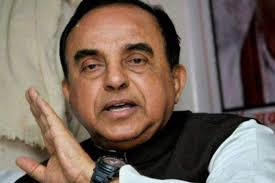 The BJP is “well set” to get a majority in the 2019 general elections and will eliminate any remnants of corruption in its second term, party leader Subramanian Swamy has said.

The BJP is “well set” to get a majority in the 2019 general elections and will eliminate any remnants of corruption in its second term, party leader Subramanian Swamy has said. Swamy, who was in the city to address the 14th Annual India Business Conference at Columbia Business School hosted by the South Asia Business Association at the school, said in its second term in power the BJP will build a strong and “united” India. “We are very well set to get a majority in 2019,” Swamy told PTI here. “We came to power for three reasons – Narendra Modi’s reputation as a man of governance, the fight against corruption and persuading people, particularly Hindus to rise above their caste loyalties and vote for that party which will safeguard the interest of the Hindus,” he said.

He said going into the 2019 national elections mode, the BJP will campaign on the promise to “eliminate whatever corruption we could not (eliminate) in the last five years”. “We want to build a strong and united India. We are not against the minorities,” he said. Addressing the conference, attended by students, academicians, entrepreneurs and executives, Swamy spoke at length about India’s political and economic landscape. He acknowledged that the BJP government’s economic performance is still a long way off from the governance it had promised when it came to power in 2014, with demonetisation and the Goods and Services Tax (GST) further complicating the situation.

Swamy termed demonetisation as a “failure” and said the public however did not seem to mind it as it felt that by this move, the rich people were being brought to book. On GST, he said, “we were totally unprepared for it. At the moment the GST is a nightmare,” adding that the GST should not have been implemented before the 2019 elections.