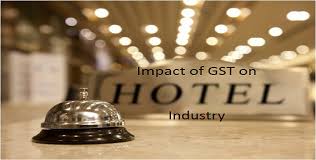 Hotels and restaurants in the district will remain closed for 24 hours on Monday in connection with a march and dharna being held by the Kerala Hotel and Restaurant Association district committee seeking removal of anomalies in the Goods and Services Tax (GST).

At a press conference here on Saturday, association office-bearers said the march would be taken out from Martyrs’ Column to the GST Bhavan here. V.S. Sivakumar, MLA, would inaugurate the march at 10 a.m. The dharna would be inaugurated by A. Sampath, MP. They said hotels which used to pay 0.5 per cent tax found it increased to 18% and 12% for air-conditioned and non-air-conditioned hotels respectively.

After strong protests, the GST was brought down to 5% in November last year. Unable to pay the 5% tax, hotels would be forced to pass on the cost to consumers or close down. Increasing prices would put the hotels out of reach of common man, destroying the sector, they alleged.