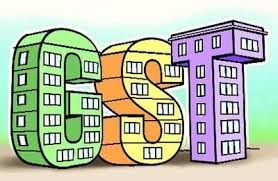 Nagpur: The Central GST department has detected tax evasion to the tune of nearly Rs50 crore in Nagpur zone on the basis of tip offs and its own analysis of data. At present there is no system enabled matching of data in the GST network. This has led to evasion by jacking up claims of input tax credit (ITC) by businesses. The tax sleuths are now depending on the old system of network of informers and analysis of data wherever found suspicious.
“The actions have led to unearthing of sizeable amount of GST dodging by businessmen. The system at present does not have the mechanism of flagging off mismatches on its own. However, since the data are there in the system itself, it can be always cross-checked. Apart from tip offs from informers, department is also analysing suspicious data,” said a source.

Different modes of evasion of GST liability have been found. For example, a transitional input tax credit is available for the tax paid on transactions undertaken before GST was introduced. Transitional credit up to Rs3 crore can be claimed. There have been cases where assesses have claimed Rs3 crore as transitional credit and also claimed a similar amount in regular returns. The returns in which the excess amount is claimed is filed after a gap of 3-4 months to avoid suspicion, said sources.

“Another instance is of the amount claimed as input credit being much higher than the actual transactions undertaken during the period for which returns have been filed. This is because the purchases on which tax is claimed to have been paid cannot be verified directly through the system. This enables unscrupulous elements to claim input tax credit on the amount,” said the source.

The department has found cases where the credit claimed has been unusually high compared to the earlier pattern of the business. The evasion could be detected by cross checking of the data in the system, the source said.

Assesses have also been seen not passing on the tax even as it is collected to the end-consumers. Such cases have come to fore though the network of informers, the source said.

A system enabled cross verification is not happening because the earlier plan of having three returns has been put on hold. Earlier the GST returns 1 2 and 3 had to be filed. At present it has been limited to GST 1 which is a summary of all the supplies by an assessee. GST 2 which is not there now was a summary of all receipts by the same assessee, and the final returns were to be filed under GST 3.

Now as all the assesses are only filing the summary of supplies, transaction cannot be verified from the other side. Instead of GST 3 a summary return on the basis of self-assessment has to be filed now.

Chartered accountant Pritam Mahure said, “Business are struggling to find certainty in GST processes. The due dates of GS return 2 and 3 are not yet announced. The e-way bill process is not applicable uniformly across the country too.”