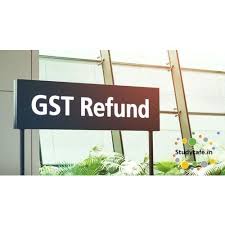 The complaints of garment exporters here about cash crunch they are facing because of delays in refund of Goods and Services Tax (GST) seem to be distorted.

A check carried out by The Hindu with the authorities has revealed that only around 300 of the nearly 1,350 garment exporters who had opted for LoU (Letter of Undertaking) route of exports have so far ‘applied’ for GST refunds.

How can the exporters expect to get GST refunds if they have not even applied for the same, and make wild statements about working capital crunch, ask GST officials.

In Tirupur cluster, almost 99 % of the exporters had been opting for LoU mode which enables them to export goods without upfront payment of Integrated GST (IGST).

Tirupur Exporters Association general secretary T. R. Vijayakumar said that the general tendency prevailing in the cluster was to blame officials for the delay in refund without taking any initiative.

He cited the case of his own export company which managed to get GST refunds within a fortnight of filing the applications for the stipulated periods till February 2018.

Many others said that the possible reasons for a large number of exporters not filing GST returns was the fear of coming under surveillance as they were not maintaining proper books of accounts. Some are not familiar with the GST procedures even now.

“We are ready to help exporters and have even set up facilities to assist them on getting refunds,” said N.Subramanian, Assistant Commissioner of Central GST.