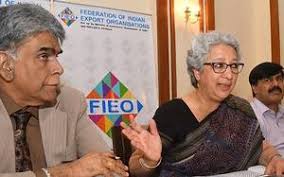 All issues being faced by exporters with regard to the Goods and Services Tax (GST) are being addressed, Rita Teaotia, Secretary, Department of Commerce, said.

Speaking to newspersons on the sidelines of a meeting with members of the Federation of Indian Export Organisations (FIEO) here on Friday, Teaotia said the issues pertaining to GST had dominated all other aspects in the meeting adding: “Today, the front burner for all exporters is streamlining of GST.’’

“We expect the system to settle down in coming months. The exporters are reassured about continuous work being done by the Government on the GST,’’ she said.

Responding to a query on policy for e-commerce, the official said an inter-ministerial group is currently discussing issues related to e-commerce. “e-Commerce is growing rapidly and the framework needs are to be addressed.’’

Referring to the bilateral trade negotiations between India and the European Union, Teaotia said despite EU withdrawing from negotiations in 2012, there has been continuous engagement and India was seeking to re-engage in the dialogue.

In the last two years, about five stock-taking sessions were held. In view of the post-2012 policy changes in India in areas like Foreign Direct Investment (FDI), the demands from negotiating partners were decreasing, she said adding that India now has the “most liberal FDI regime in the world.’’

A Sakthivel, Chairman – Southern Region, FIEO, requested the Department of Commerce to impress upon the Reserve Bank of India to restore the facility of Letter of Undertaking and Letter of Comfort as many small and medium enterprises were also using such instruments and sudden withdrawal of the facility will add to the cash-flow problems.